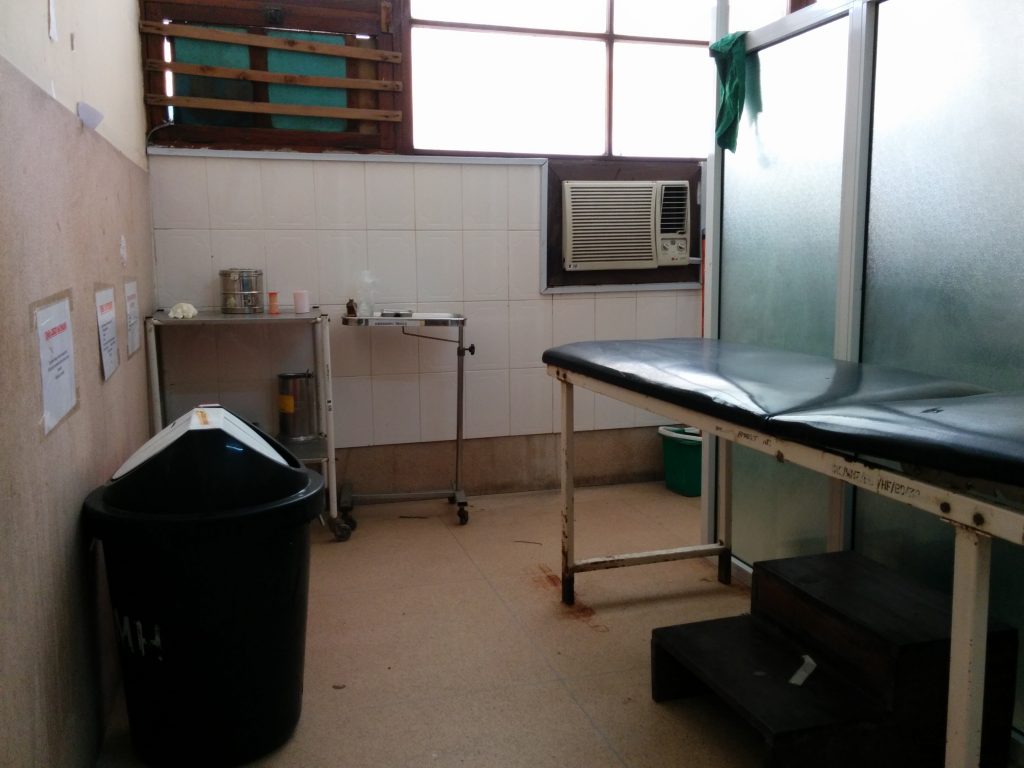 My feet and lower back felt like they’d give out. I was sweating enough to restore the Aral Sea. Ok, maybe not that much. But the sad part was I’d only been working for a little over 6 hours.

It was our first day of our Tanzania medical elective at the Mnazi Moja Hospital in Dar Es Salaam. Christine, the nurse in charge of the minor procedures theater, wasn’t impressed. “You’re tired already, Kaka?” Kaka, I learned, means “brother” in Swahili.

Maybe I can blame jet lag. Or just not being used to standing on concrete for so long. I must have seen, and been a part of, a double dozen different procedures. A woman came in with cellulitis of both her big toes and needed her nails removed. A man who was working under the hood of his car had the tips of his fingers nearly severed by the fan. Almost everyone needed wounds cleaned, dressed and stitched.

At first, I watched at an arms distance, but by the third case Christine handed me a pair of forceps and told me “this one’s yours.” Having never before cleaned a wound, I soon learned that it wasn’t rocket science, although wrapping gauze around surgical tools with proper sterile technique wasn’t trivial.

On more than a few occasions I could barely watch what was happening. Pieces of flesh needing to be cut off. An infected, lacerated lip from a car accident several days ago.

But a few things struck me. There isn’t much in the way of pleasantries at the hospital. Before one patient has even left the room, another is walking in. Although they go through great lengths to make sure surgical instruments and gauze are sterile, the procedure table itself is given a perfunctory wipe down between patients. Nurses don’t have much patience for crying children. The windows and doors were wide open, so patients didn’t have much privacy and all kinds of contaminants could find their way into freshly cleaned wounds.

Patients have to pay before getting their procedure done. They’ll typically walk in with both their chart and a small printed receipt verifying payment. There’s a whole price list covering things from wound dressing to circumcisions to casts. Patients have to buy most of their own supplies from the hospital pharmacy and bring them to the procedure theater in a paper bag. 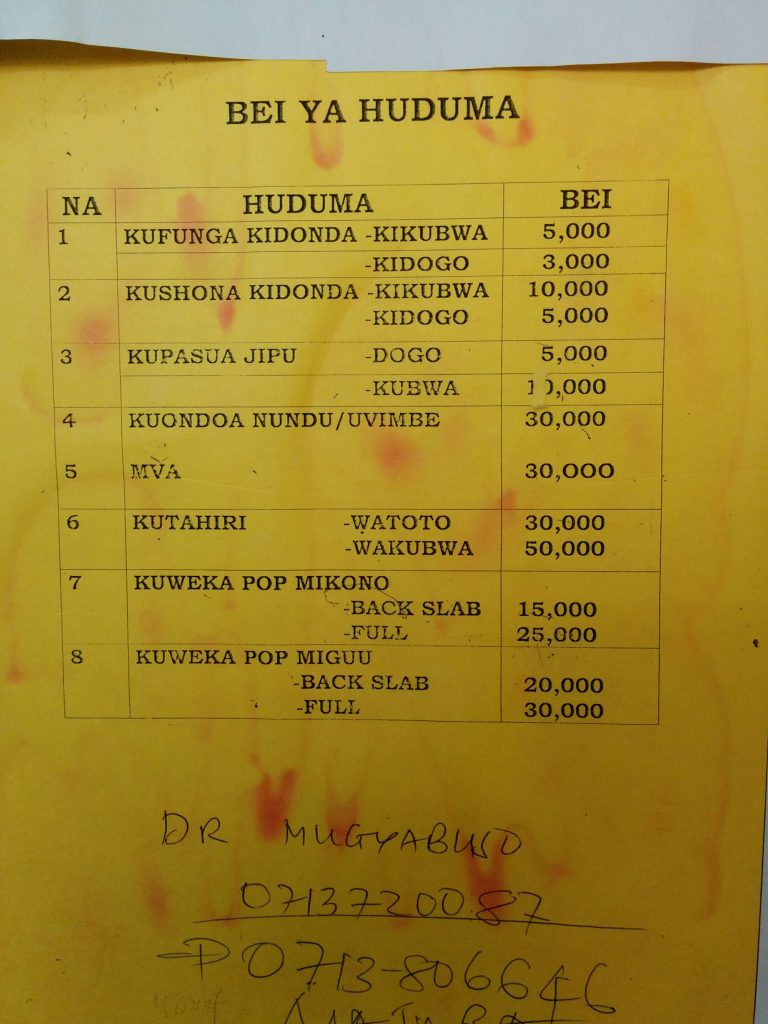 About four hours in, Christine made an off-hand remark that we were using a lot of materials in relation to the number of patients we’d seen – in other words, I was being wasteful with gauze. We went through two whole buckets of sterile gauze, which are supposed to last them the whole day. I ruined two syringes by pushing them too far, causing them to lock, before inserting into the lidocaine vial. As a result, one patient had to endure part of his stitching without anesthetic. It’s not easy to find extra syringes in the hospital.

None of the patients was able to utter more than a “Hello, how are you?” in English. I felt bad for not speaking Swahili. But wounds are wounds, and most of the time it was pretty clear what had to be done.

Although I’m exhausted, I got my hands a lot dirtier in one day than in almost a whole year of medical school. I hope I get to see a baby delivered or watch a more in-depth surgery soon.

The only that was really hard to tolerate, besides being on my feet the whole time, was the heat. Although there are air conditioners in the hospital, they weren’t on. It’s winter in Tanzania, after all. By winter, I mean it was about 88F (31C).

In unrelated news, my bag still hasn’t arrived in Dar Es Salaam, although Etihad claims to have found it.