After some difficult days in the medicine ward and delivery room, I took shelter today in the dermatology clinic at Amana Hospital in Dar Es Salaam. 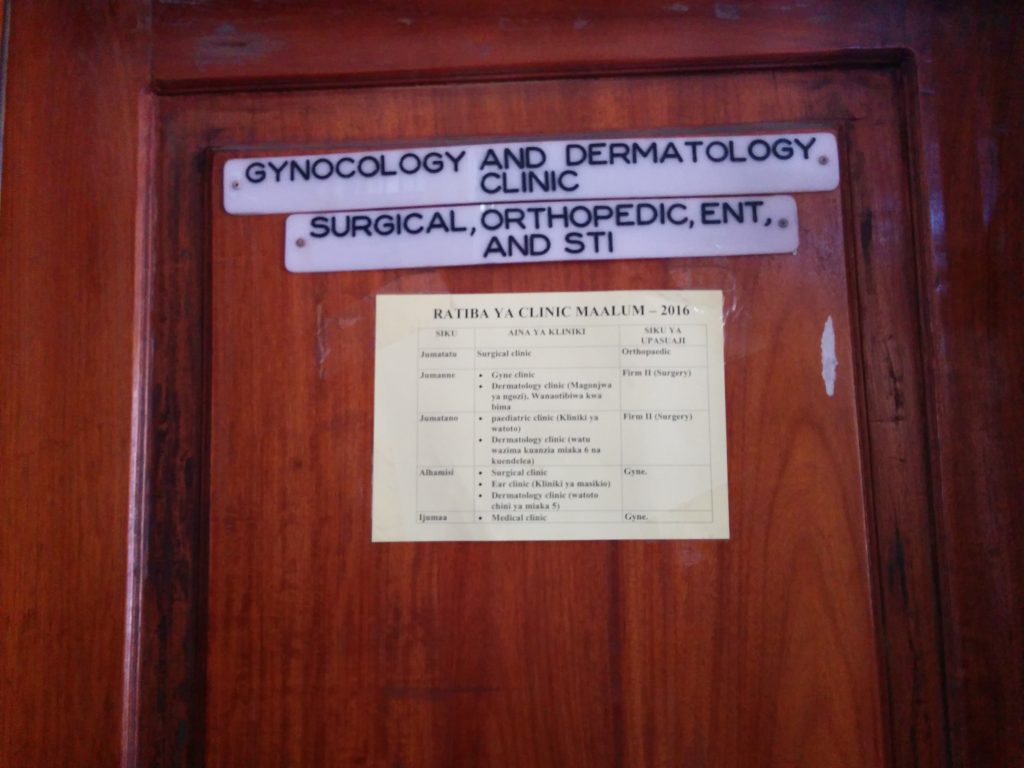 Today being Tuesday, Dr. Joshua, Amana’s only dermatologist, was doing a pediatric clinic. Wednesdays are the adult clinic, and Thursdays are reserved for minor dermatologic procedures. I didn’t know what to expect from dermatology in Tanzania but it turned out to be remarkably similar to what we were taught in medical school in Canada.

Our first case of the day was young boy with atopic dermatitis (eczema), one of the most common complaints in dermatology. The boy’s skin was inflamed and flaky, with many excoriations (broken skin from scratching). Atopic dermatitis is generally autoimmune or allergic in nature and often runs in families. While not life threatening, it can be disfiguring from constant scratching, which can also interfere with sleep and other activities. It turns out the mother was washing him in Dettol (an antibiotic soap), which can irritate the skin. The standard treatment is for atopic dermatitis isn’t rocket science:

We saw a second case of dermatitis also in a young boy who was misdiagnosed by several general practitioners before being referred to Dr. Joshua. He’d been given a variety of antibiotics such as procaine penicillin and dexaquin ointment (an antibiotic/steroid combination) by doctors who thought he had a bacterial infection. The inappropriate treatments had worsened his condition – his skin was thick, shiny and in some places was oozing blood and pus. It’s possible he was allergic to the creams. Dr. Joshua prescribed ceterizine, betamethasone cream and liquid paraffin to dry out the oozing lesions.

One issue with using excessive topical steroids to treat dermatitis is that a child’s immune system can be suppressed to the point where they’re susceptible to fungal infections such as Tinea versicolor.

We saw a school teacher whose feet had lesions resembling atopic dermatitis, but isolated only to her feet. The lesions developed after she wore rubber boots, hence they’re called contact dermatitis – due to an allergic reaction. Because of the severity of her initial reaction, she was given prednisone, a systemic steroid, in addition to topical hydrocortisone.

A woman came in with lichen planus, a condition that causes raised, purple, itchy lesions. There’s no cure for lichen planus, which is believed to be autoimmune in nature, but can be symptomatically treated with topical steroids. 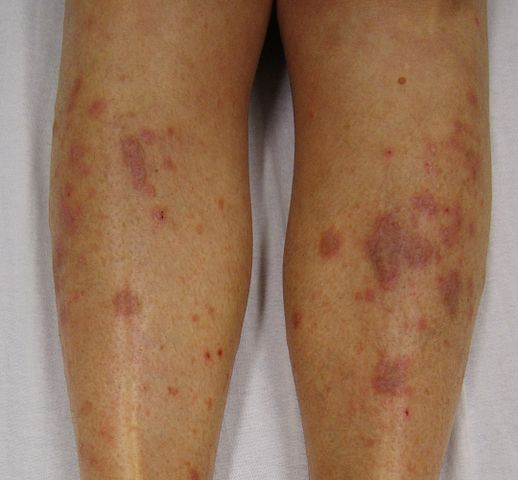 In the clinic, I felt like we were flipping through a dermatology textbook. A 21-year-old woman came with acne lesions all over her face – she was given a bethamethasone/salicylic acid cream, doxycycline antibiotic pills, and a retinoic acid cream – similar to how we’d treat acne in the US and Canada. A man came in with urticaria (hives) and was prescribed an injection of promethazine, an antihistamine. A young boy came in with what was suspected to be scabies, but upon inspection of his umbilicus (belly button) and buttocks folds there weren’t any lesions, so scabies was ruled out.

I found that I really enjoyed dermatology, to the point where I’d strongly consider specializing in it – assuming I can get in, as it’s one of the most competitive specialties to get into.

What’s with this picture? Dr. Joshua says that he occasionally gets patients with symptoms of sexually transmitted infections. As a result, he keeps a wooden penis model in the office to demonstrate how to put on a condom properly. 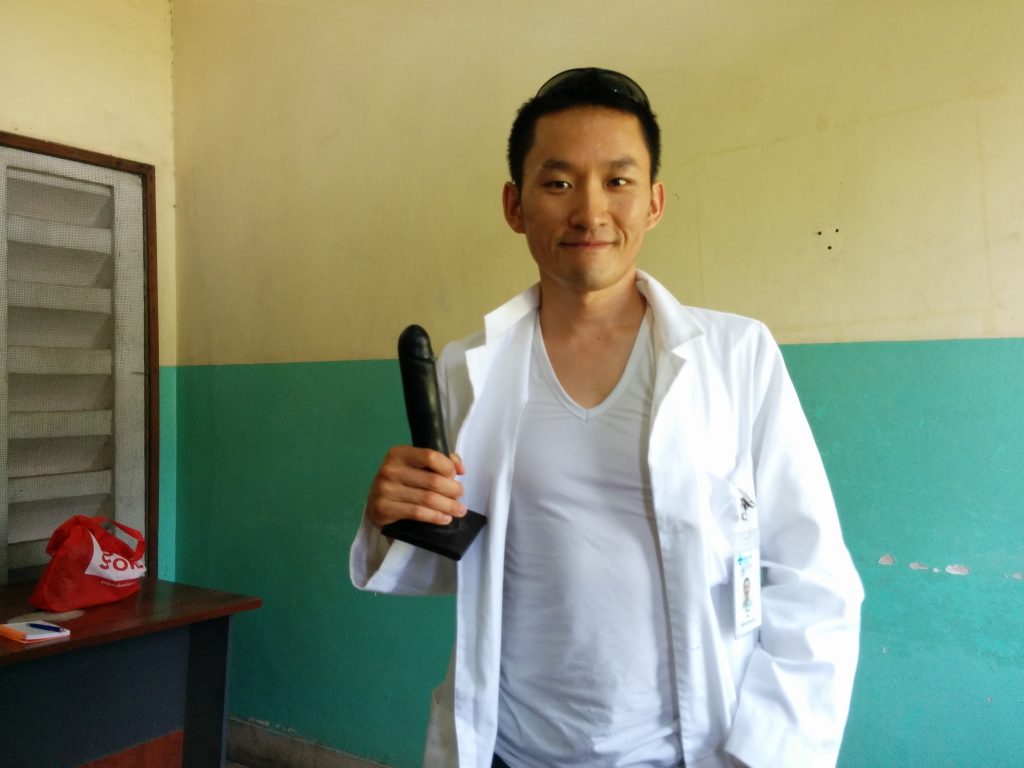 Yours Truly in the Dermatology Clinic, Amana Regional Hospital

Most patients in the dermatology clinic brought in NHIF forms, meaning they were getting the services and medications for free via Tanzania’s National Health Insurance Fund. Why the dermatology clinic and associated drugs are free while the orthopedics clinic isn’t, I’m not sure. Many patients suffer every day in the medicine wards without lifesaving medications but they could probably get free topical steroids if they needed them. I can’t wrap my head around that one.