My biggest fear when we visited the Mother Teresa Orphanage in Dar Es Salaam was that the kids would get attached to us and it would be hard to leave. Well, it was difficult to leave because I was starting to feel attached. 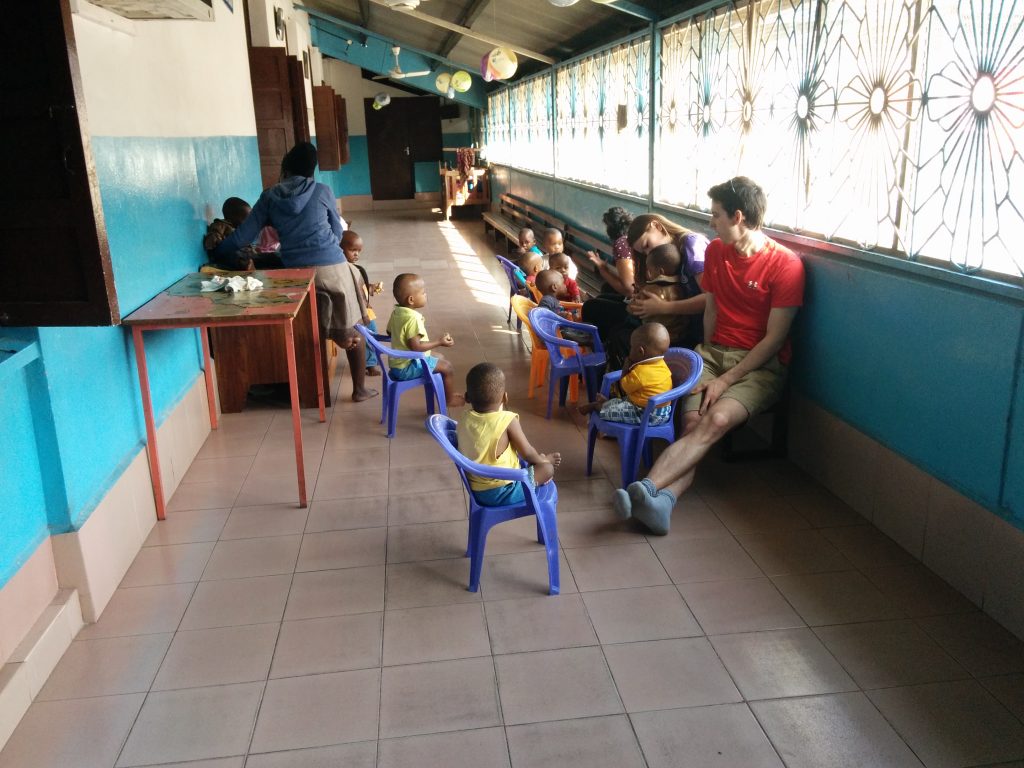 The kids at the orphanage seemed accustomed to people coming and going in their lives. Even the caregivers they see every day are in flux – the two who supervised our visit were volunteers there for a limited time, and that might not be an accident. One of the volunteers had grown up in the orphanage herself and is now attending university.

The very idea of an orphanage breaks my heart, but then again, kids lose their parents for a variety of reasons and I’m in no position to adopt one right now. Even if I was, Mother Teresa orphanages worldwide have a policy of not adopting to single people, in part out of fear that an LGBT person might get their hands on one. The horror.

We went to the orphanage armed with a soccer ball and some molded plastic toys. It’s surprisingly hard to find a proper soccer ball in Dar Es Salaam, given how much this country loves the sport. The one we got was a bit scratched up despite being new, not that it would make a difference once it hit the ground.

Toys for the orphans

The orphanage has a wide range of ages, including some senior citizens with disabilities. Most of the older kids we saw had disabilities of some sort, although that didn’t stop them from enjoying soccer in the courtyard. 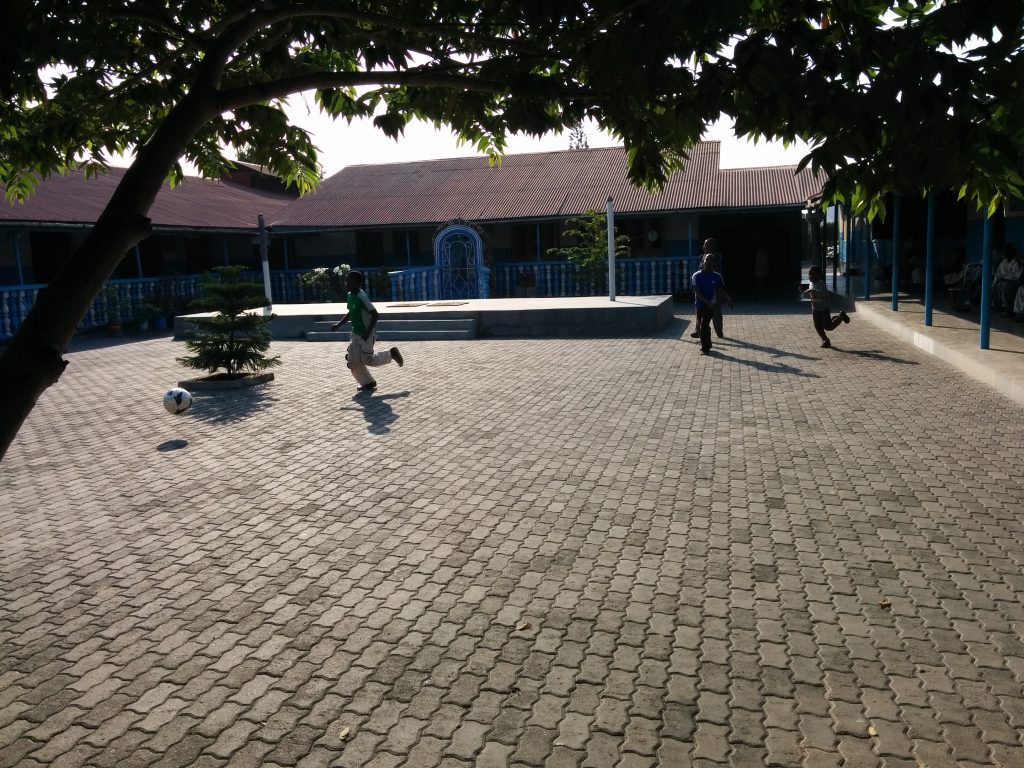 The orphanage is extremely clean and well appointed. I imagine they’re quite well-funded, and they receive a steady stream of visitors from around the world judging by the guestbook. The conditions here may not reflect orphanages elsewhere in Tanzania. It nonetheless gnaws at me that these kids don’t have anywhere else to go.

We spent the most time playing with a bunch of toddlers. They were frightened by Capra, the stuffed goat we brought all the way from Canada. I’m sure they’ll warm up to him over time. 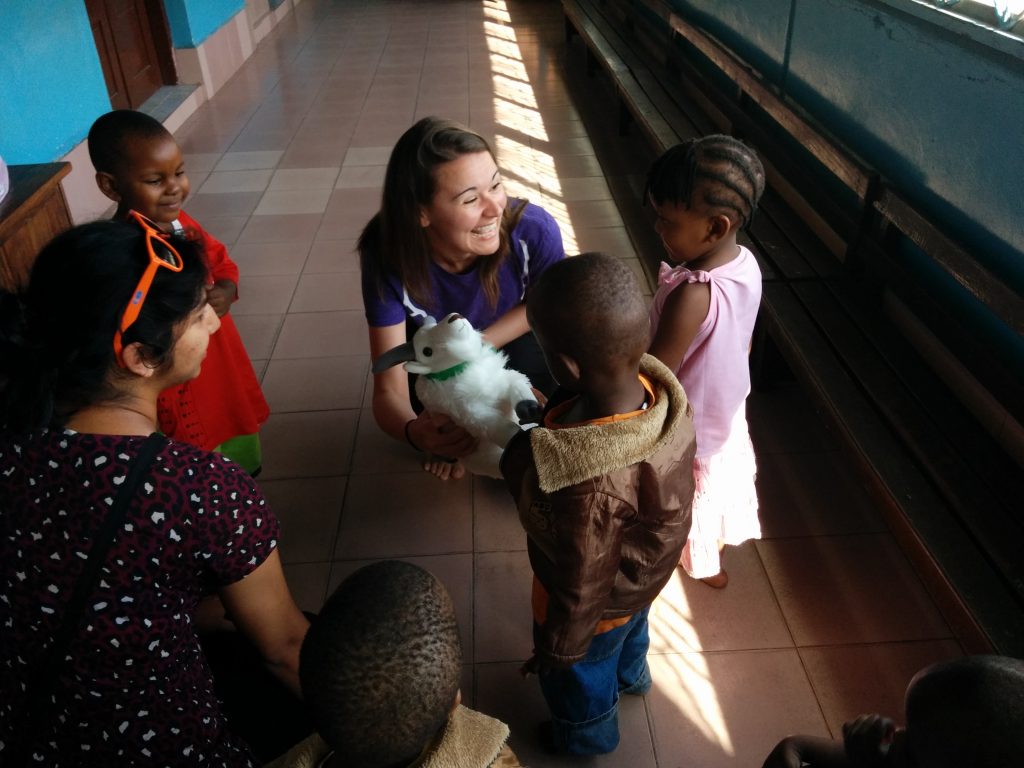 Then it was feeding time – the menu consisted of delicious rice with sauce and vegetables. I actually wanted to eat a spoonful myself. The kids sitting in the plastic chairs are for the most part unable to walk yet. They were absolutely adorable. I wanted to take one or two home with me.

At some point, I realized I had to leave. No, it wasn’t just because they brought out the diapers, although it was a sober reminder of the work involved in raising kids. 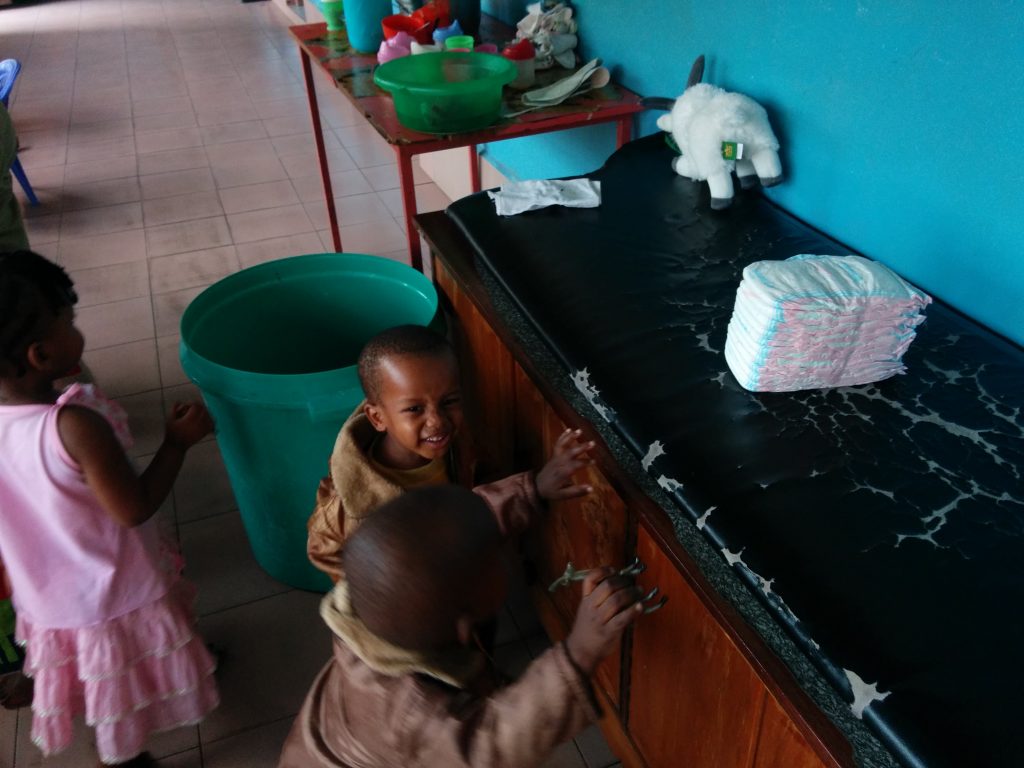 I realized I was slowly becoming attached to the kids. Their faces would be ingrained in my brain. Here they were, growing up, spending their toddler years belonging to no one but themselves, perhaps not knowing what it means to be wanted or loved. It reminded me of being in daycare, minus the part where my mom picked me up at the end of the day.

The kids were surprisingly matter of fact in saying goodbye. For them, it’s just another day.

We were serenaded on our way by the orphanage choir. I was in auditory heaven.

As we drove away, I couldn’t get the image of a room full of cribs out of my mind. I want for them all to get the love they deserve. 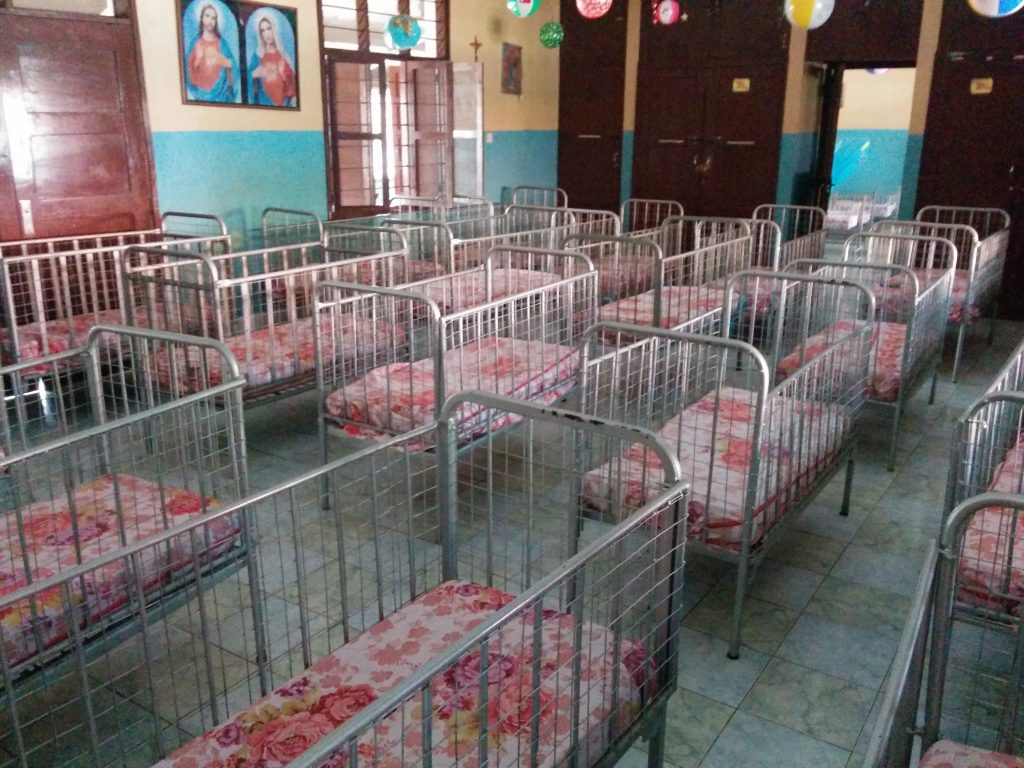