Tanzania has some excellent HIV testing and treatment facilities, thanks in part to copious amounts of western aid and oversight. One of the crown jewels of the HIV/AIDS program in Tanzania is the PASADA HIV/AIDS Clinic in Dar Es Salaam – PASADA is an acronym for:

As its name implies, PASADA is affiliated with the Catholic Church and the HIV/AIDS clinic is actually built on the grounds of a church in the Temeke district of Dar Es Salaam. 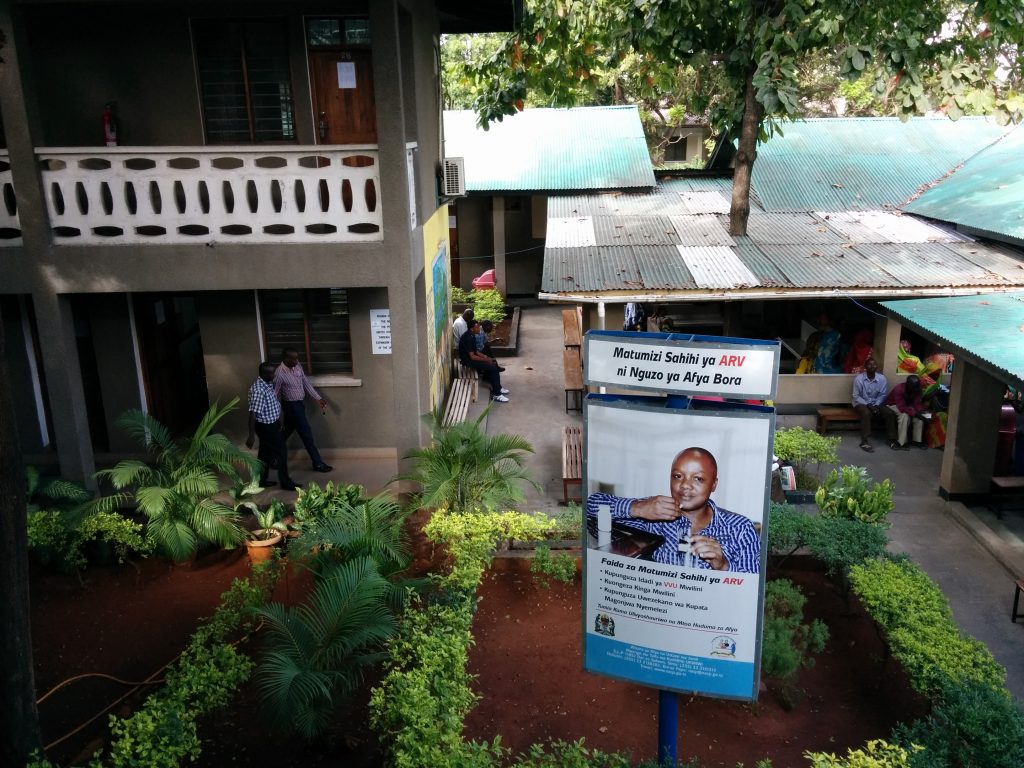 People can come to PASADA for free HIV and tuberculosis testing and treatment. Anyone who tests positive for HIV is enrolled in the treatment program and provided with free HIV drugs every month when they return for a check-up. 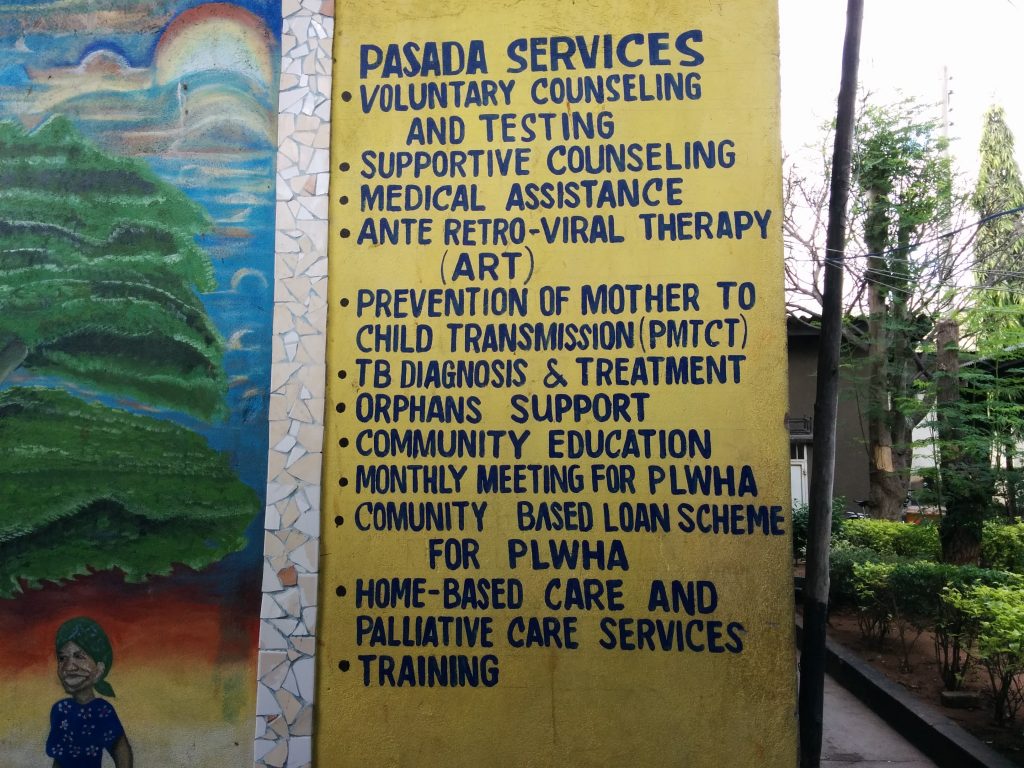 PASADA is based on the HIV CTC (“Care and Treatment Center”) model that’s been adopted at many major health facilities in Tanzania – providing testing, follow-up and free treatment under one roof. PASADA has about 50,000 regular patients who return monthly for check-ups and treatment. 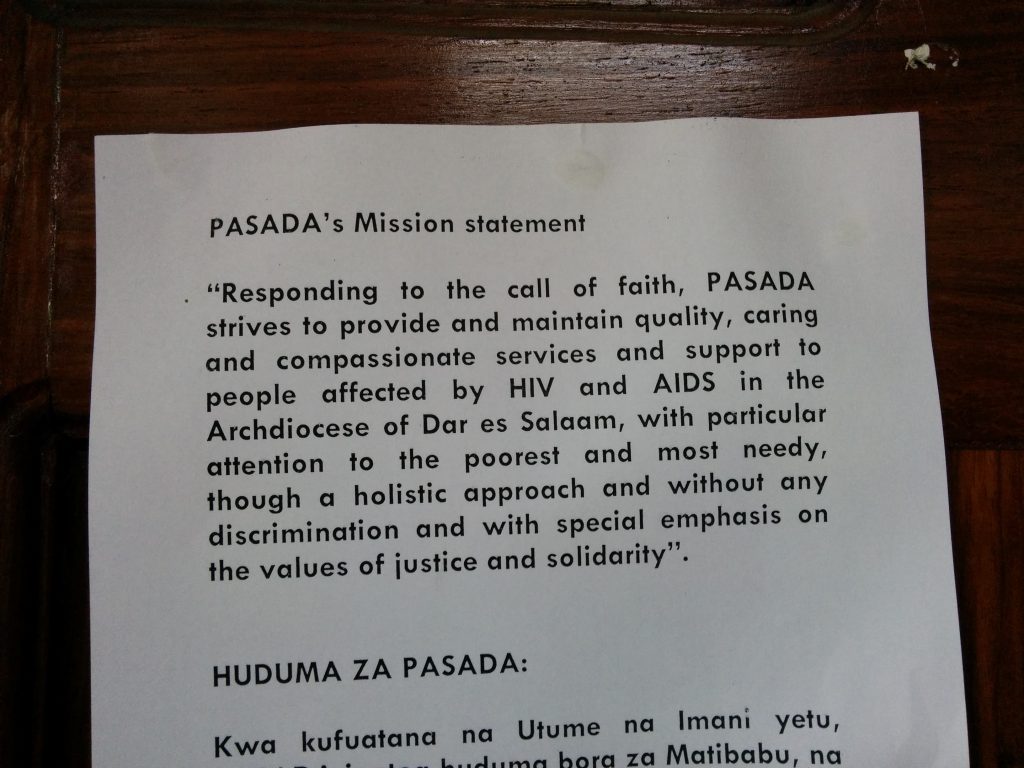 What I found really interesting about PASADA is that they have a special office for “key populations” – Men who have sex with men (MSM), injection drug users, and female sex workers. PASADA estimates that about 24% of MSM in Tanzania are HIV positive, and this is one of the key demographics in Tanzania for new HIV infections. Unfortunately, because of the stigma against homosexuality in Tanzania, MSM are staying underground, and HIV is spreading. 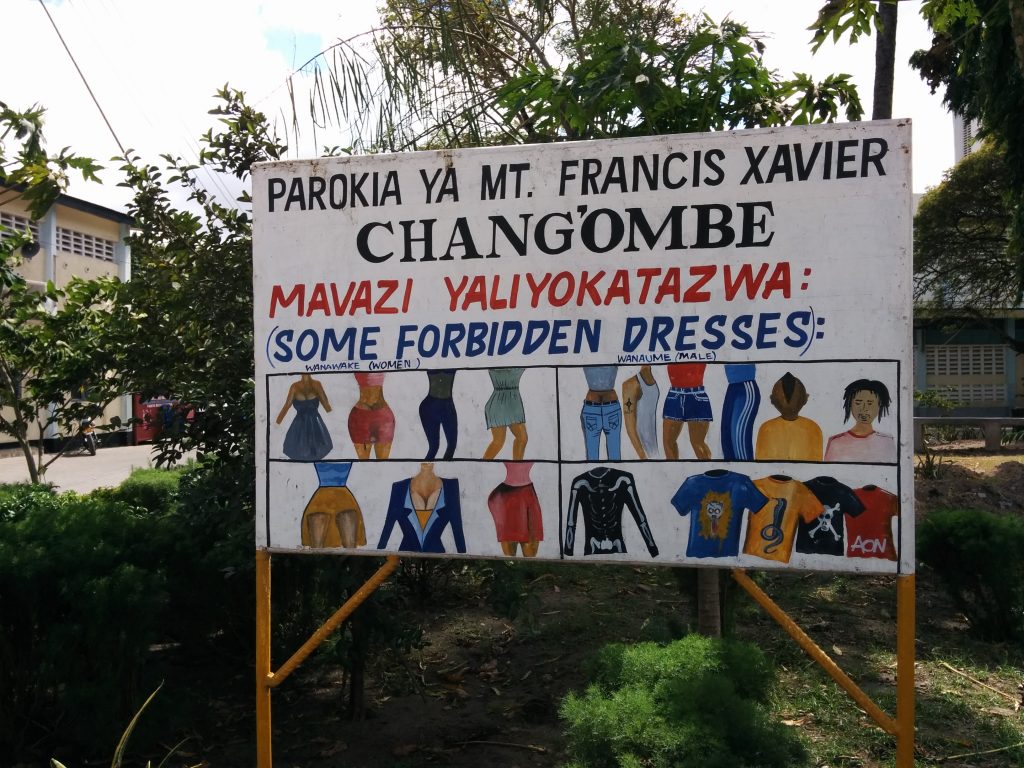 The dress code at the Catholic church where PASADA is located. Given the church’s conservative nature, it’s impressive that they make efforts to serve the MSM, injection drug user and female sex worker communities.

I think PASADA made a very pragmatic decision in opening their office for “key populations” as a way of reducing the stigma of getting tested. The office is on a different side of the clinic building and there are no signs advertising its presence, so there’s some degree of privacy and separation.

Altogether, we were told that PASADA has about 3,000 patients enrolled with the “key populations” office, or about 6% of their total. I suspect that even with this office in place, the key populations are still under-served in Dar Es Salaam and Tanzania. According to the medical officer at PASADA, the government of Tanzania has no interest in statistics about the MSM community and refuses to acknowledge the problem of HIV transmission in this population, so PASADA reports these patients as they would any other – without mention of their sexual orientation. As a sign of its hostility towards gays, the government recently banned the sale of sexual lubricants in an effort to “curb” homosexuality, even though the use of lube actually helps prevent HIV transmission by preventing tears and abrasions. 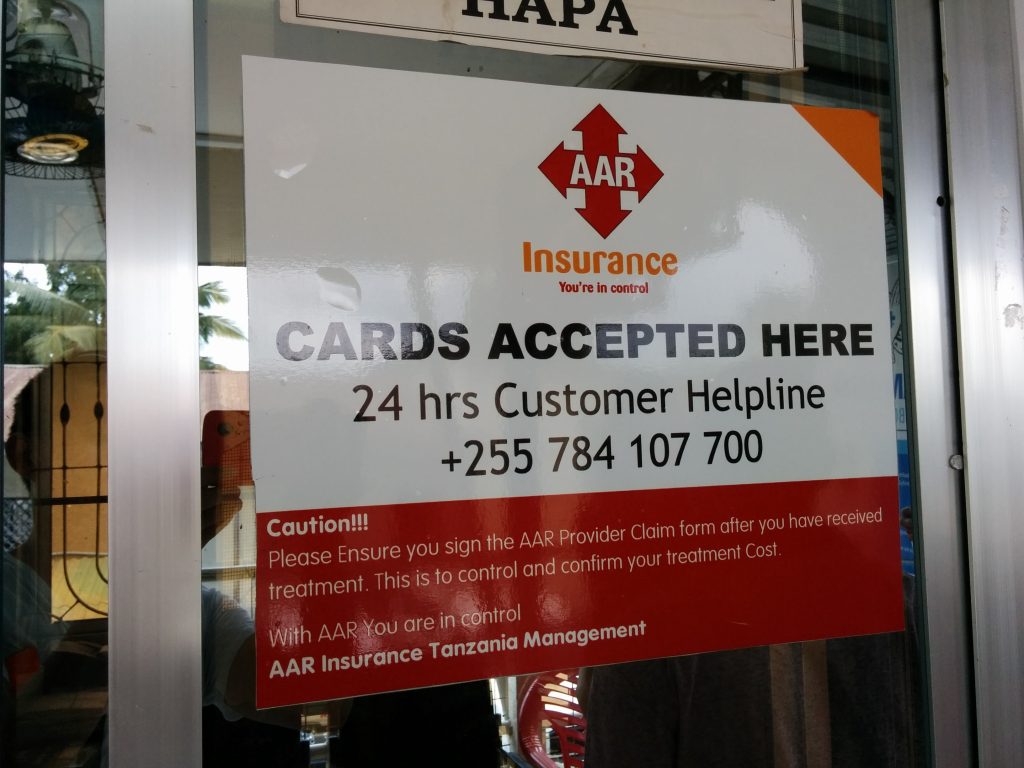 PASADA has an “express service” wing where patients can pay a fee of 10,000 shillings (~US$4.50) to avoid long waits for service. They accept private insurance like AAR as payment. The proceeds from this special wing subsidize the free services at PASADA.

In Tanzania, most new HIV cases are from heterosexual transmission – a stark contrast from the US, where the majority of new HIV cases are MSM. The medical officer at PASADA laments that people having multiple sex partners is a big reason behind the spread of HIV, even among the “well-educated.”

The latest UNAIDS report estimates that there are 1.4 million people in Tanzania with HIV, and a prevalence rate of 4.7% of the adult population. Almost everyone I spoke to at PASADA believes this number to be significantly underestimated, and that the government has fudged the statistics in order to make it look like HIV/AIDS is under control, in order to secure more donor money. Even so, Tanzania officially has more people living with HIV than the United States. There are an estimated 800,000 orphans who’ve lost their parents to AIDS in Tanzania – that’s just one side of the human cost of this virus. 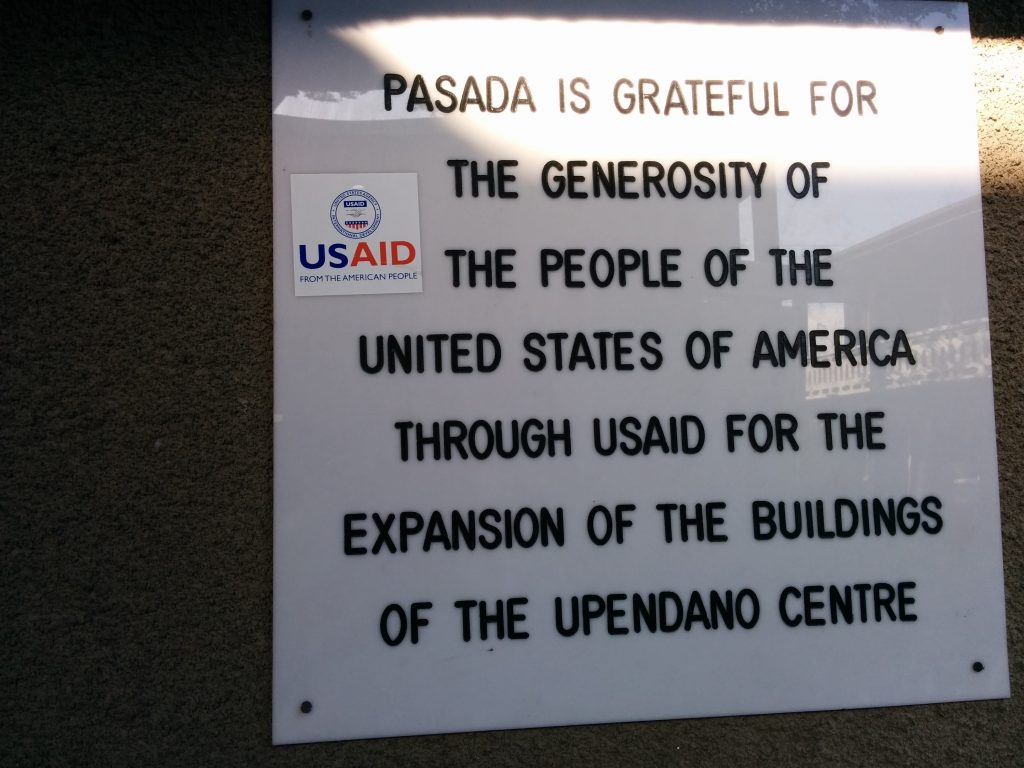 Under the current Tanzania treatment guidelines, patients newly diagnosed with HIV start HIV drugs when their CD4 count – a measure of the number of immune cells in the blood – drops below 500. Western countries previously used similar criteria for treatmen t, although many have shifted to treating people immediately after diagnosis – people on treatment have lower viral loads and are less likely to infect others. By the end of the year, Tanzania also plans to begin treating people immediately after diagnosis. 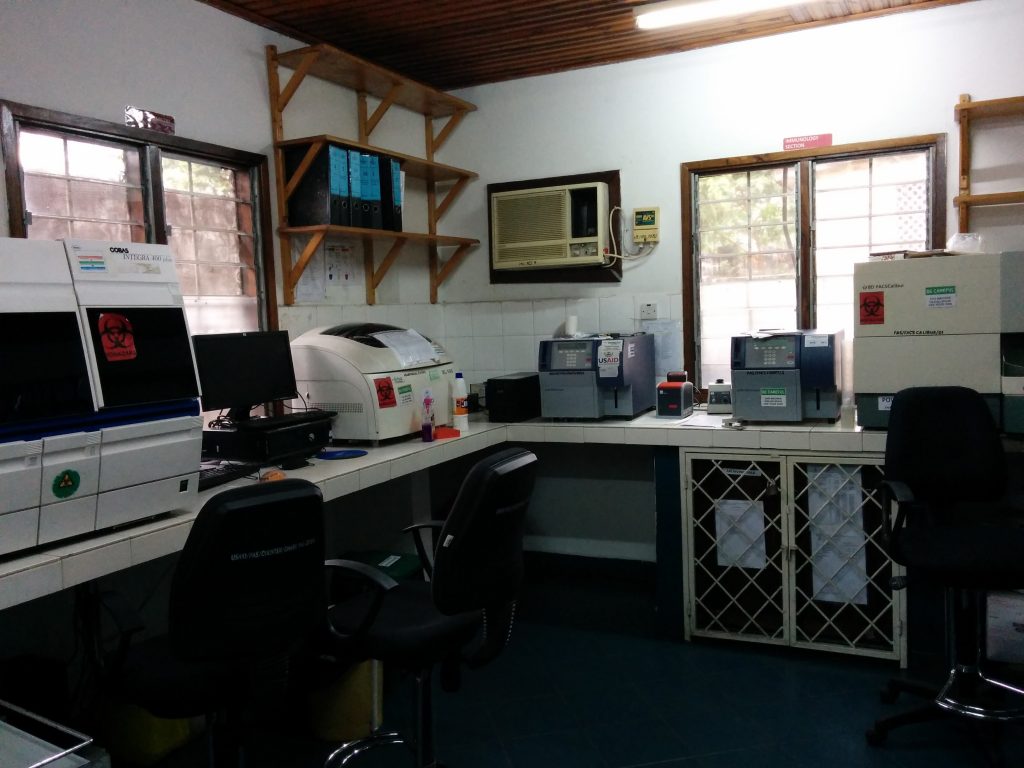 The laboratory at PASADA

We saw some patients with Dr. Peter, one of the clinic’s physicians – most patients had no new complaints and were just there to get their HIV medications refilled. Dr. Peter discussed at length the different antiretroviral drug regimens and how they’d be adjusted based on patients’ response to the drugs and side effects. 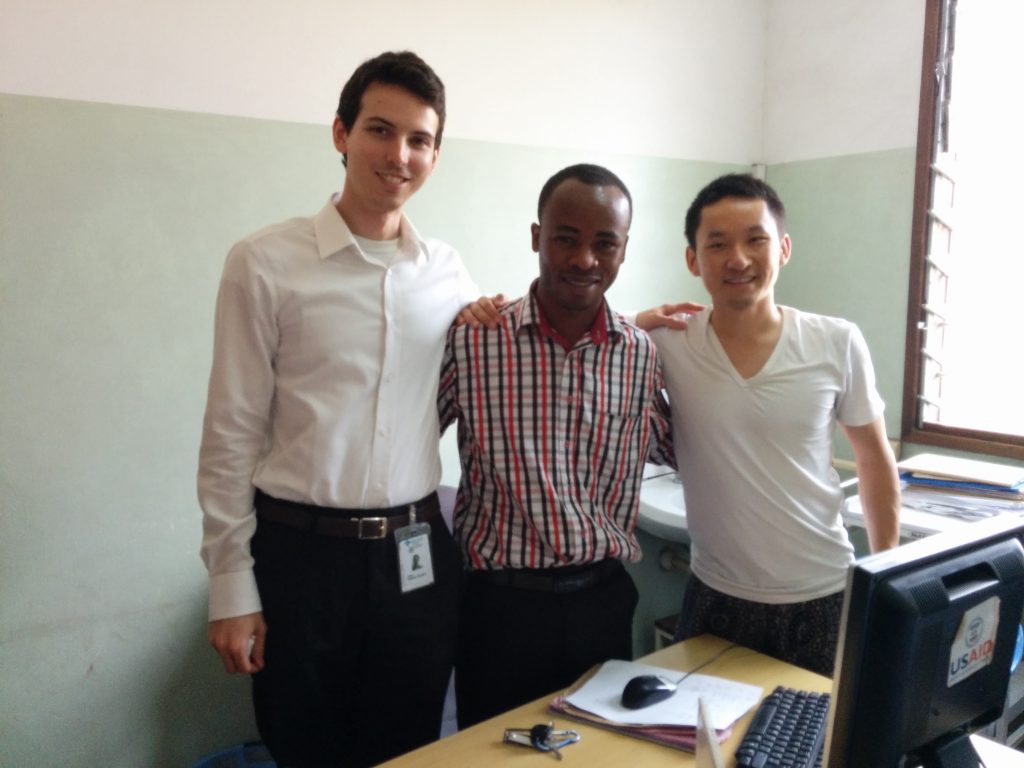 Bing and Dane with Dr. Peter at PASADA

One of the challenges facing PASADA is that their facilities are too small for the growing number of patients. One thing they could do is build upwards – their facility is only two stories high, although the ensuing construction would probably be disruptive to their busy clinic.

Although HIV/AIDS may be a bigger problem in Tanzania than the government lets on, there’s no doubt that donor money is making a big difference. The HIV clinics in Tanzania are a well-oiled machine. They just need more of them, and better education of the importance of getting tested and treated. 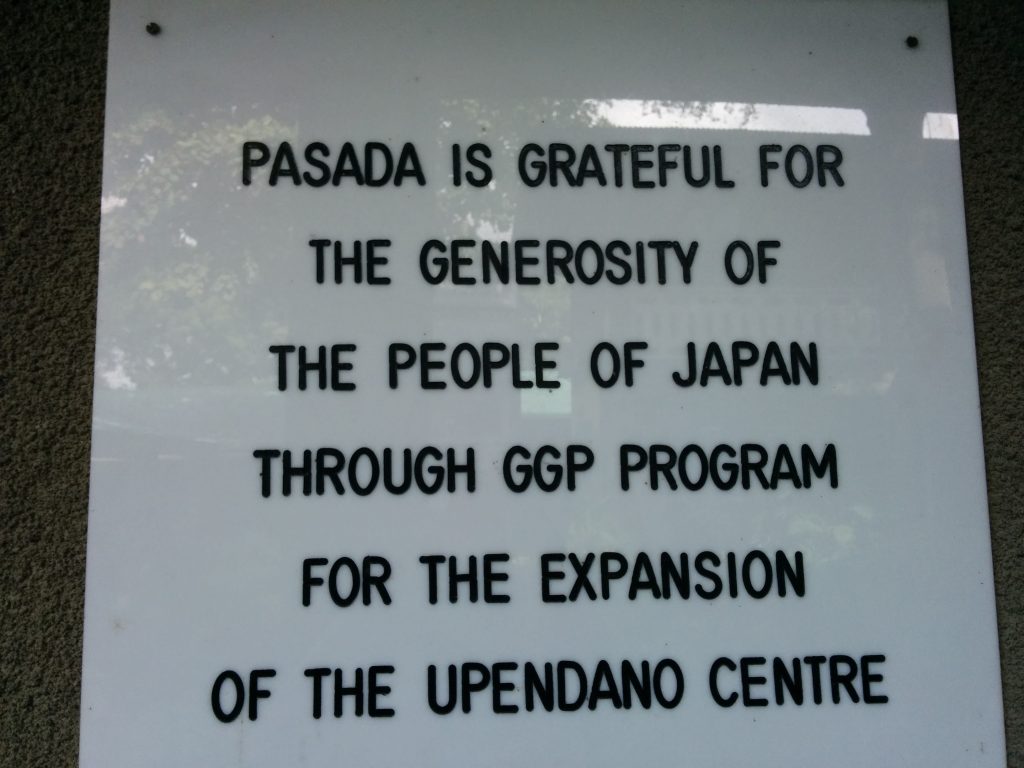