Tanzania, a country of over 50 million people, has one cancer treatment center, the Ocean Road Cancer Institute, whose main building is a former German colonial hospital built in 1895. In colonial times, the hospital only treated Europeans. After 1961 it was opened to all races and eventually became the nation’s only specialized cancer hospital. 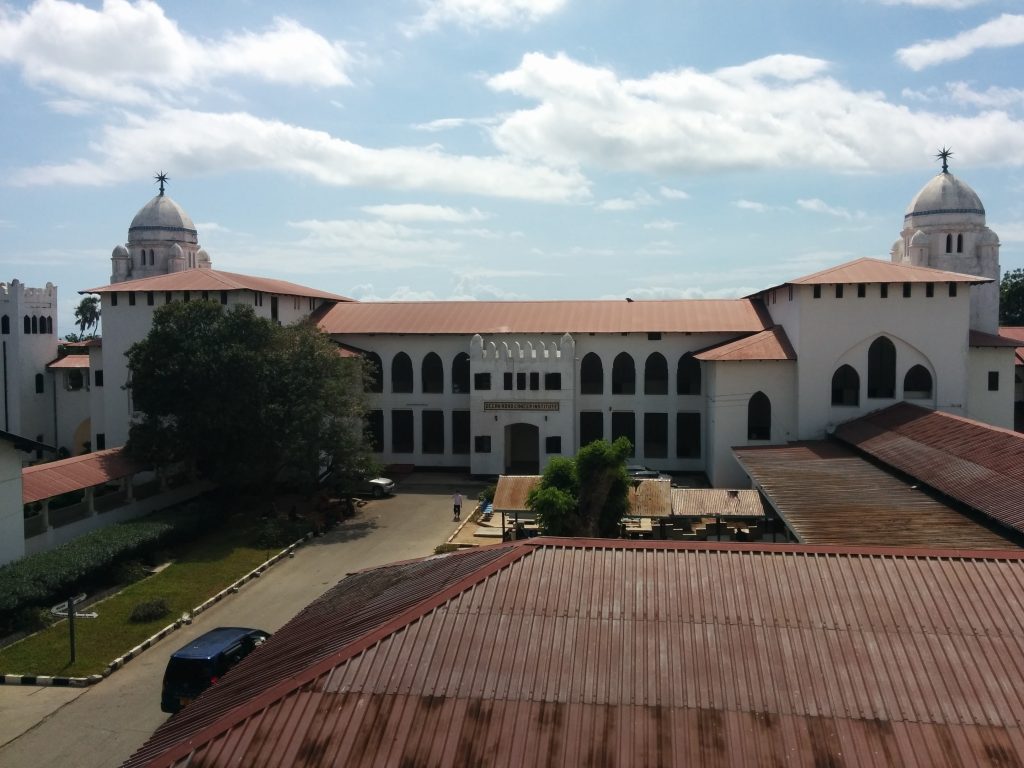 The Ocean Road Cancer Institute, like almost all government health facilities in Tanzania, is largely a story of making do with the limited resources on hand.

Cancer treatment is supposed to be free for all Tanzanians, but there’s a caveat. If you have private health insurance or have cash to spend, you’ll get treated in the main building with the best drugs and machinery the country can offer. If you don’t, there’s an intermittent supply of free chemotherapy drugs from the government but they weren’t available when we visited. Thus, many patients were paying out of pocket for chemotherapy drugs from outside pharmacies that they in theory should get for free. Chemo drugs can range from 100,000 to 10 million shillings (US$450 – 4,500) for the duration of treatment, so it’s not something most Tanzanians can easily afford.

The unavailability of medications that should be free isn’t unusual in this country. I suspect it’s an intentional way of rationing. The fact that the government is broke, however, isn’t stopping them from spending US$500 million to move the capital from Dar Es Salaam, the largest city, to the more centrally-located Dodoma.

I’m no expert in cancer treatment, but a few things stood out about the Ocean Road Cancer Institute:

Chemotherapy drugs can be toxic to skin and muscle tissues, so in western countries most people get a chemotherapy “port,” whereby a catheter is implanted through the skin and muscle into a deep vein for the whole duration of treatment, avoiding continuous needle punctures in the same spot. Various electronic pumps can also be used to administer the actual solution.

Example of a chemotherapy port. The port itself is implanted for the duration of therapy (often several weeks or months), to avoid repeated needle punctures and damage to skin/muscle from chemo drugs.

At the ocean road cancer institute, everyone gets chemo through a normal IV drip. The drugs are mixed directly into normal saline IV bags and dozens of patients sit in the same room while their chemo is infused. 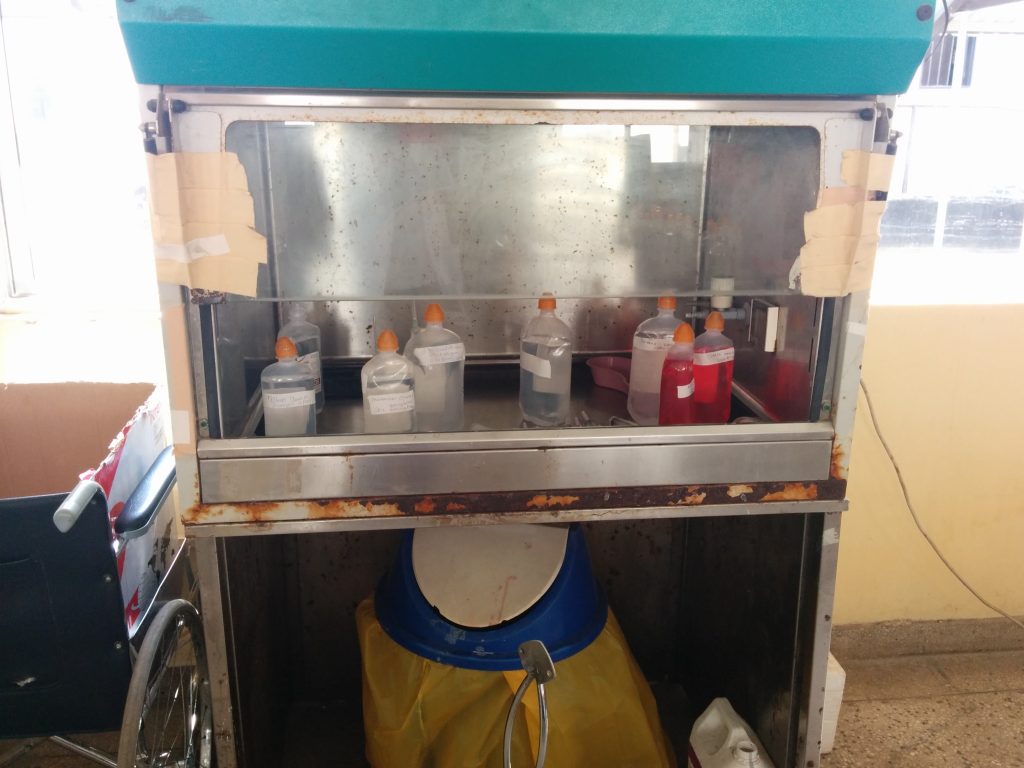 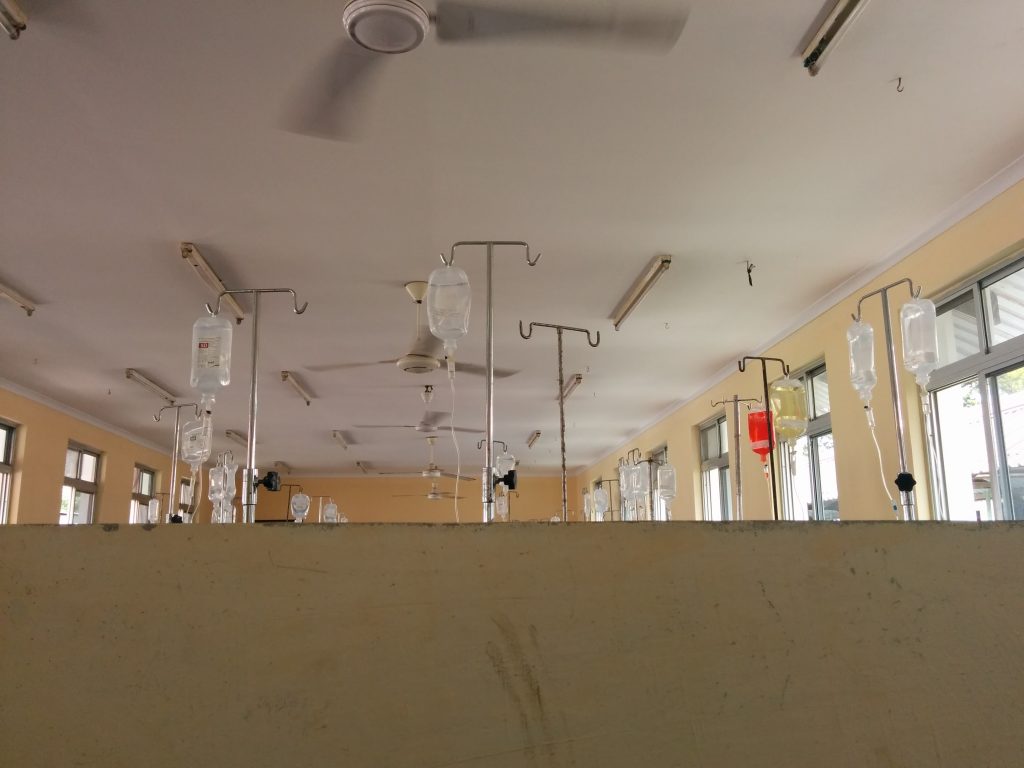 The Ocean Road Cancer Institute has a wide range of diagnostic and therapeutic equipment, but a lot of it consists of technology that’s over 20 or 30 years old. Many machines used in hospitals in Tanzania are donated or older refurbished models. Maybe the problem isn’t that Tanzania is behind, but that western countries are too spendthrift when it comes to buying the latest technology. 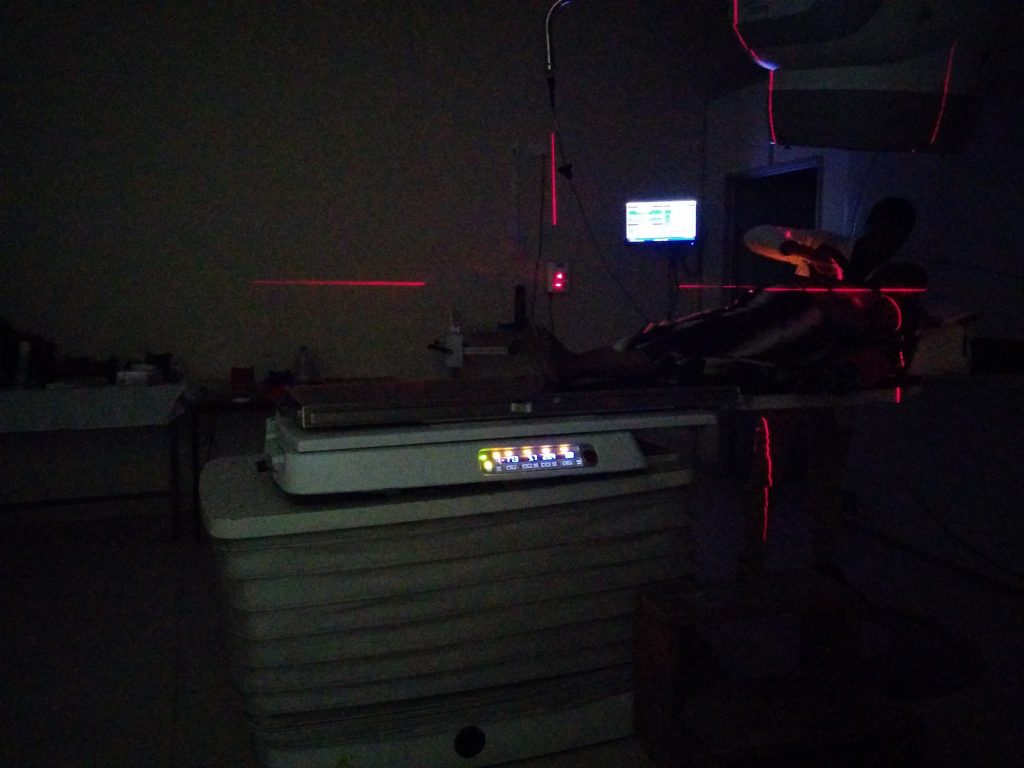 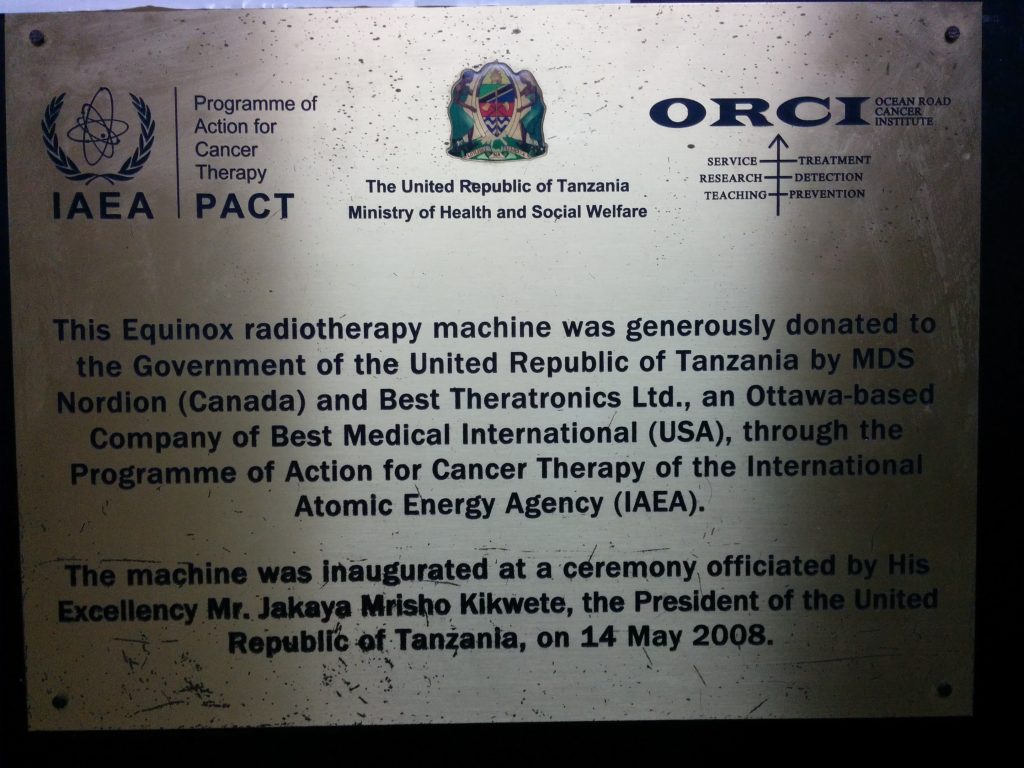 Acknowledgment plaque of the donation of the Cobalt radiotherapy machines by western companies. 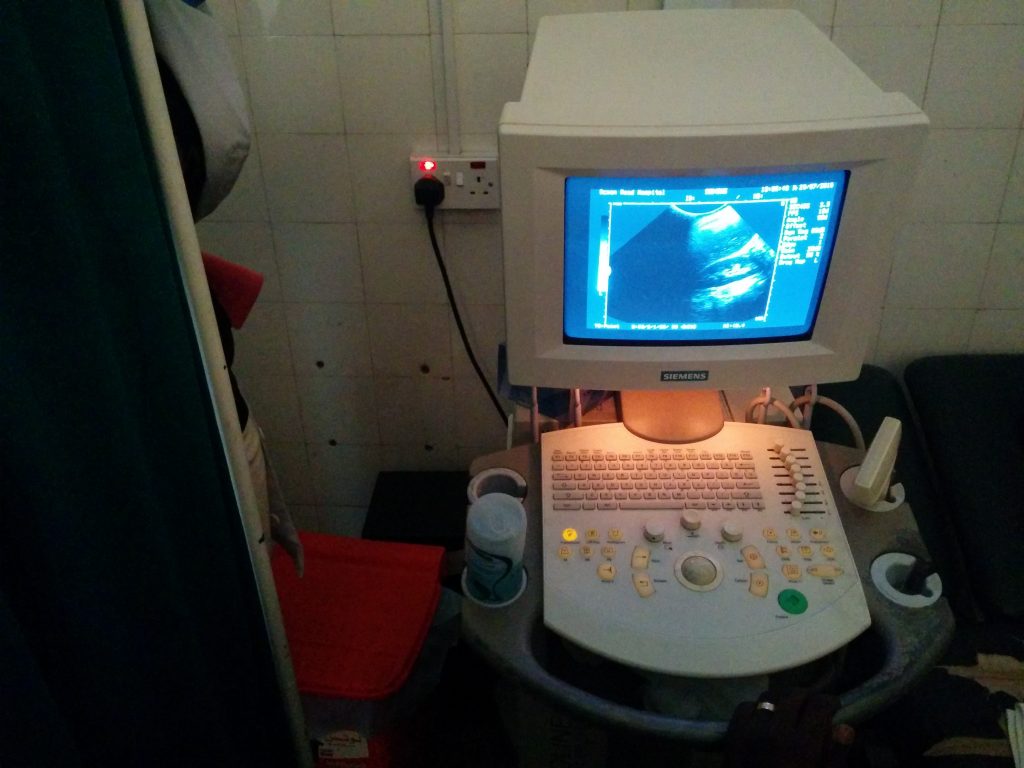 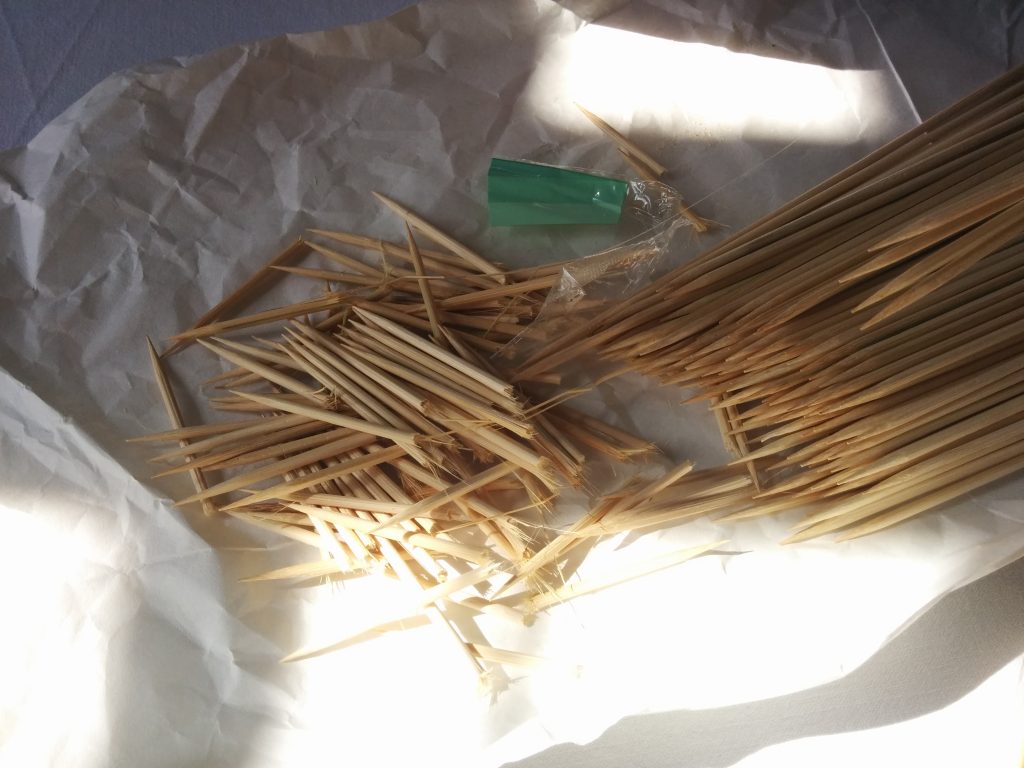 Nurses at the Ocean Road Cancer Institute create makeshift cervical cancer screening swabs by snapping bamboo sticks into pieces, before wrapping cotton around the tips. This is apparently more cost-effective than buying pre-packaged swab kits that are probably less likely to cause splinters.

The Ocean Road Cancer Institute doesn’t have any mammogram machines available. I didn’t quite understand the alternative methods they use for breast cancer screening, but it’s clear the staff are aware of the shortcomings of their technology. On the other hand, the necessity and safety of regular mammograms is a controversial topic so it might be just as well that Tanzania can’t afford them. 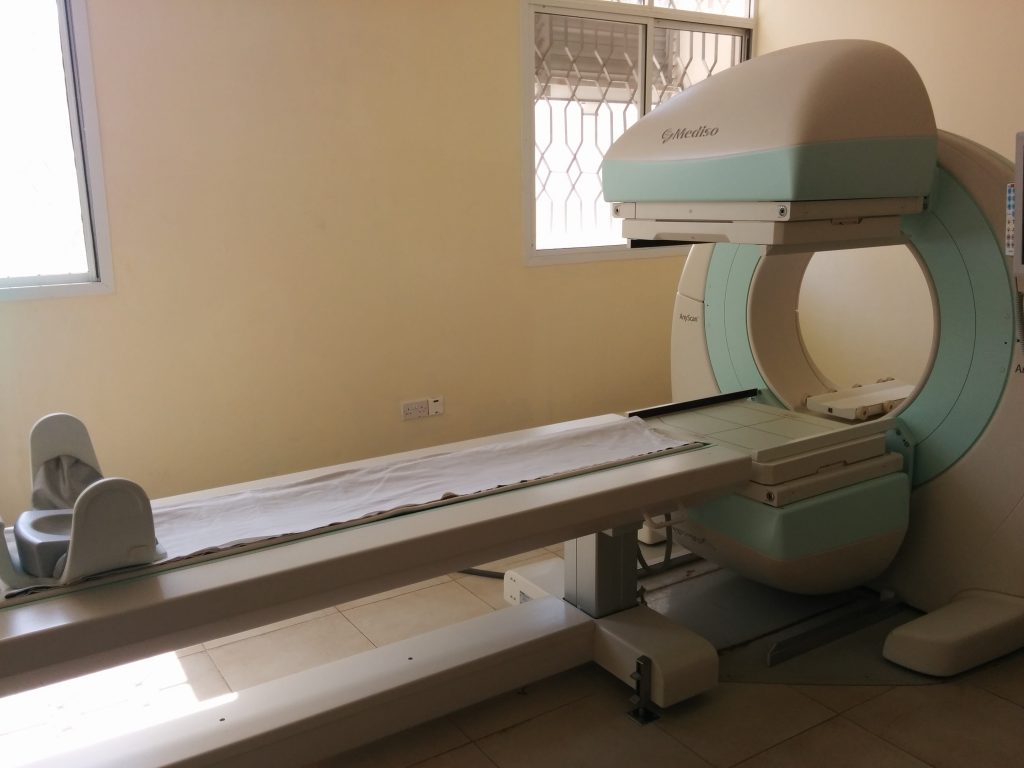 Despite everything, the Ocean Road Cancer Institute boasts an impressive array of equipment. It’s a pity that the whole country has only this small hospital to rely on for cancer treatment. In the US and Canada, a facility like this might serve one city.

We couldn’t tour the inpatient wards because the vice president of Tanzania was visiting someone there and police blocked off most of the wards to other visitors. 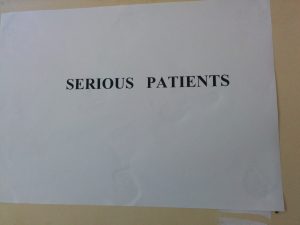 A ward for “serious patients”

Today is the last day of our elective in Tanzania. I’m sad that it’s over. I didn’t think I’d enjoy it this much. One day, I hope to come back and be more useful as a practicing doctor than I am as a lowly student. 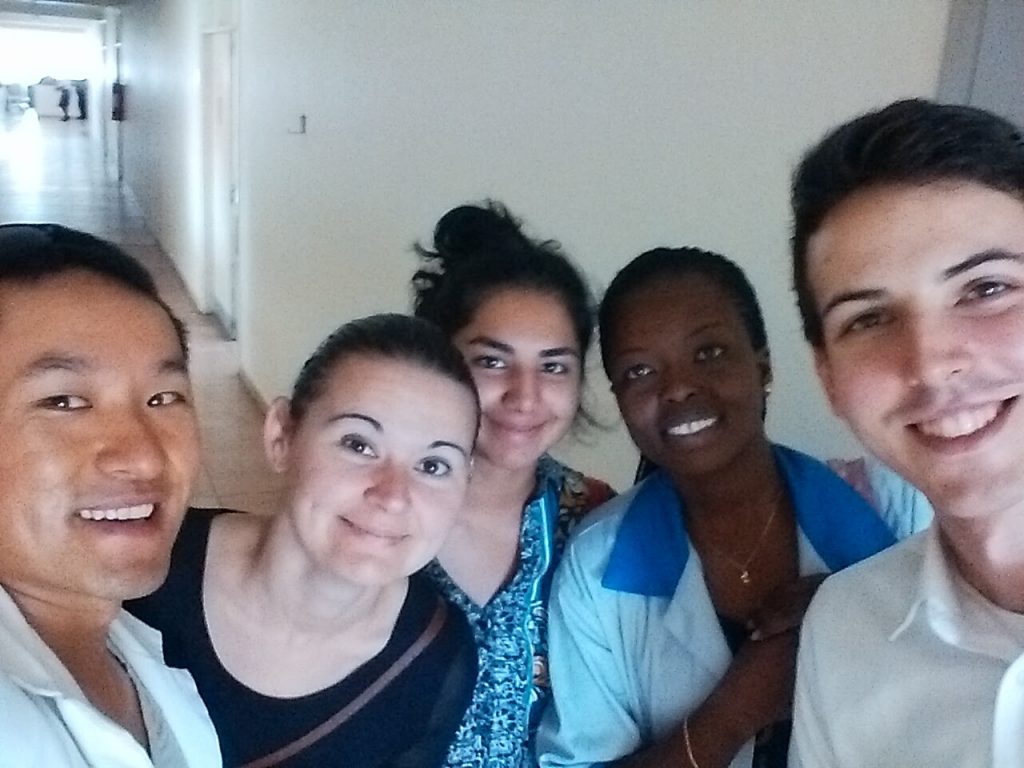 Yours truly and classmates (from left to right: Lidia, Ismat and Dane) with Dr. Caro, an oncologist at Ocean Road Cancer Institute