Tanzania is largely a Muslim country and until today, was mostly observing Ramadan. Many restaurants weren’t open during Ramadan, and our doctor boss even advised us not to eat or drink in public view in the hospital.

We later learned from Christine, the procedures nurse, that Ramadan isn’t observed in the hospital, and that the canteen is open every day. Today was the start of Eid, the festival marking the end of Ramadan. In Tanzania, Eid is a two-day public holiday, and even the hospital slows down considerably.

There were still procedures to do, though at a much slower pace. No elective surgeries were happening. Christine wasn’t on duty and instead another nurse had taken over the minor procedures theater. Compared to the new nurse, Christine paid more heed to consistent sterile technique, always cleaning wounds with gauze held by sterile forceps, as opposed to holding the gauze directly in gloved hands.

It was also disconcerting that the procedures table was wiped over and over with the same rag that was left out to dry on the opened window. 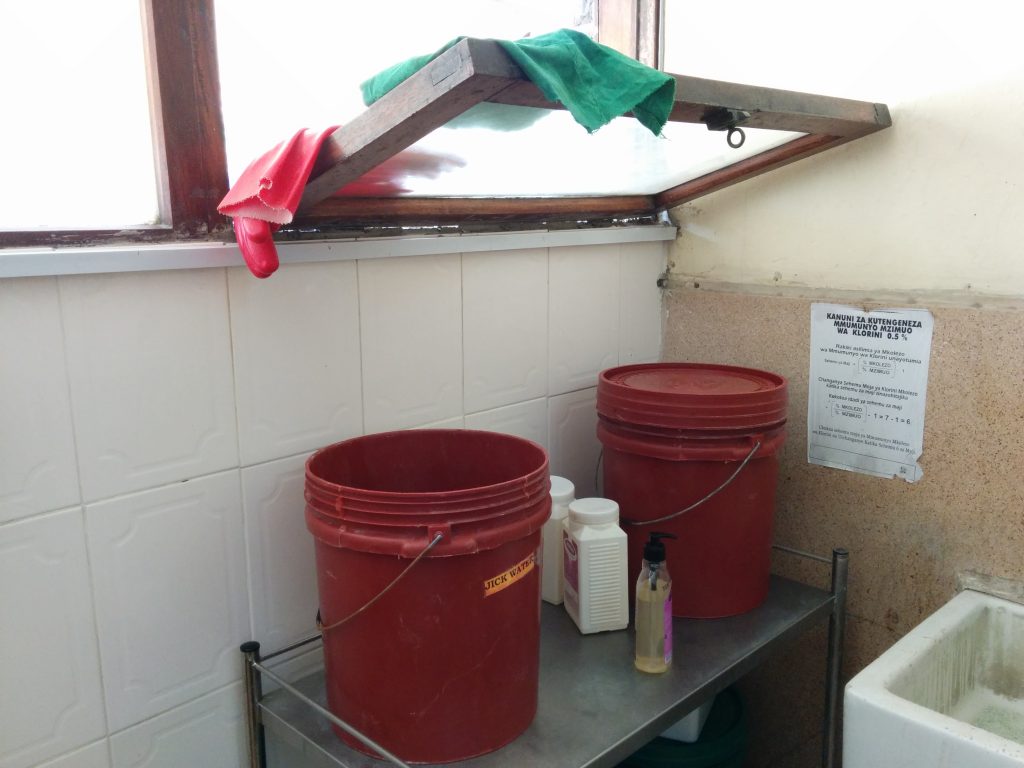 We saw some patients from two days ago who returned to get their wound dressings changed. One elderly man showed up in crutches, wearing the same soccer jersey he’d worn two days ago. I wondered if maybe that was the only shirt he owned. As I removed the dressings from his feet, at this point unrecognizable from they looked like when they were fresh, I was nearly overcome by the worse stench I’d ever encountered. The nurse told us that he’d had this wound for 3 years, and that it constantly becomes re-infected even after healing. We sent him on his way with fresh, snowy white dressings.

A young boy returned with his mother to get the dressings changed for an animal bite to his foot. His mother didn’t bring any antibiotic cream, so all we could do was squeeze the pus out of his foot and reapply new dressings. Unless patients bring their own antibiotic creams, the hospital doesn’t supply any. Although the Mnazi Moja Hospital has a pharmacy attached, they don’t have antibiotic cream for sale, which didn’t make any sense to me. 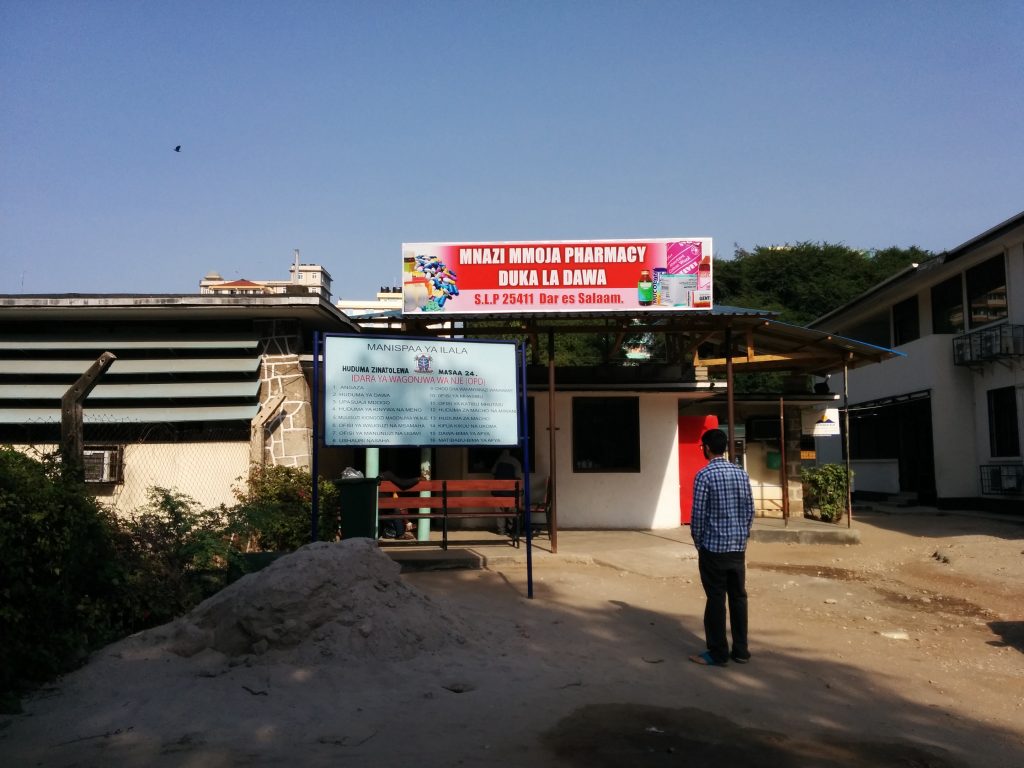 As the rest of the hospital was quite slow and there weren’t any vaginal deliveries in the foreseeable future, we headed to the hospital lab where Julius, the head lab technician, gave us a tour.

Dane, the budding pathologist in our group, managed to get his hands on a malaria blood smear and a tuberculosis sputum stain. 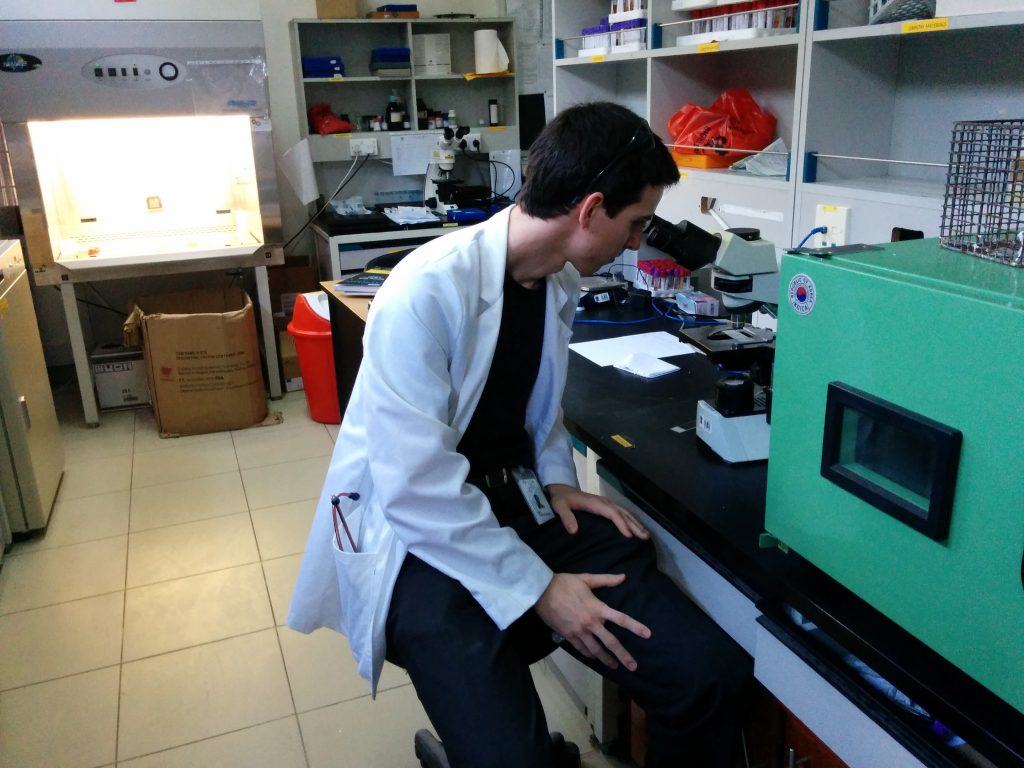 I was quite impressed with the modern-looking blood and urine analyzers. As in the operating theater, a lot of the equipment was donated by Western governments. A lab technician demonstrated how quickly and efficiently a complete blood panel could be done – minus the fact that the machine had only one button with which to enter the patient’s name that would be printed on the report, sort of like texting on a old cell phone but with only one key. The entering of the patient’s name took five minutes. The test ran in less than one. 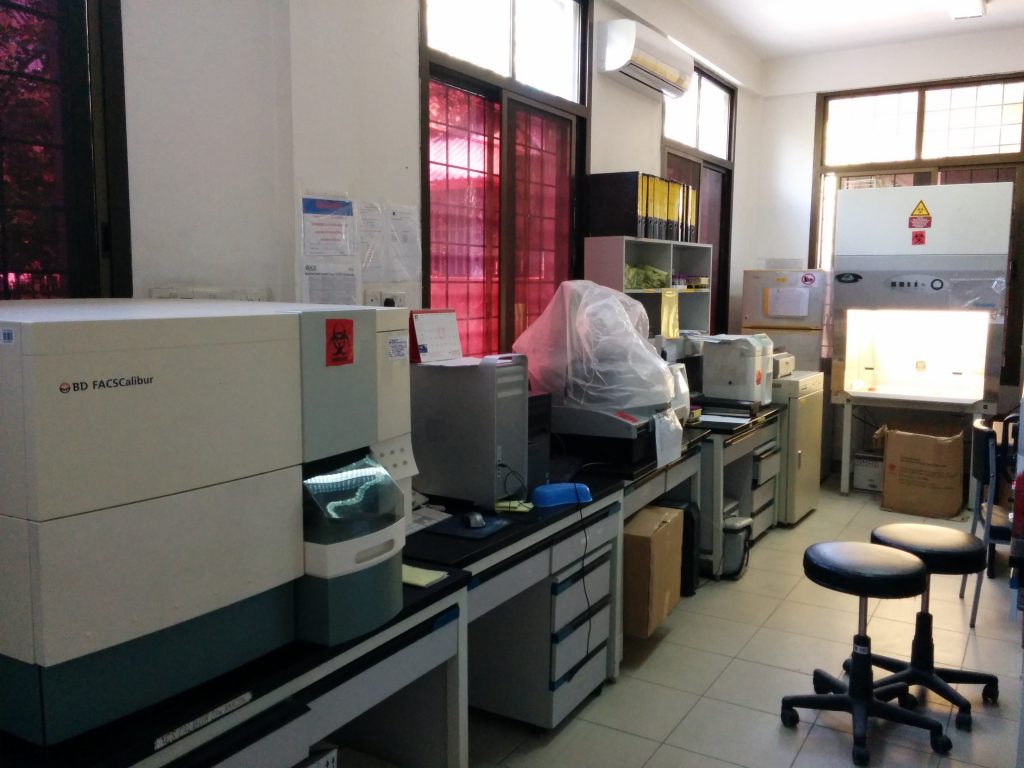 We ended the day with a tuk-tuk ride to the Slipway shopping center. It was probably the most thrilling part of the day, four of us jammed into a little tuk-tuk, me with one butt cheek hanging out of the vehicle, my body kept inside by clinging onto the overhead rail. 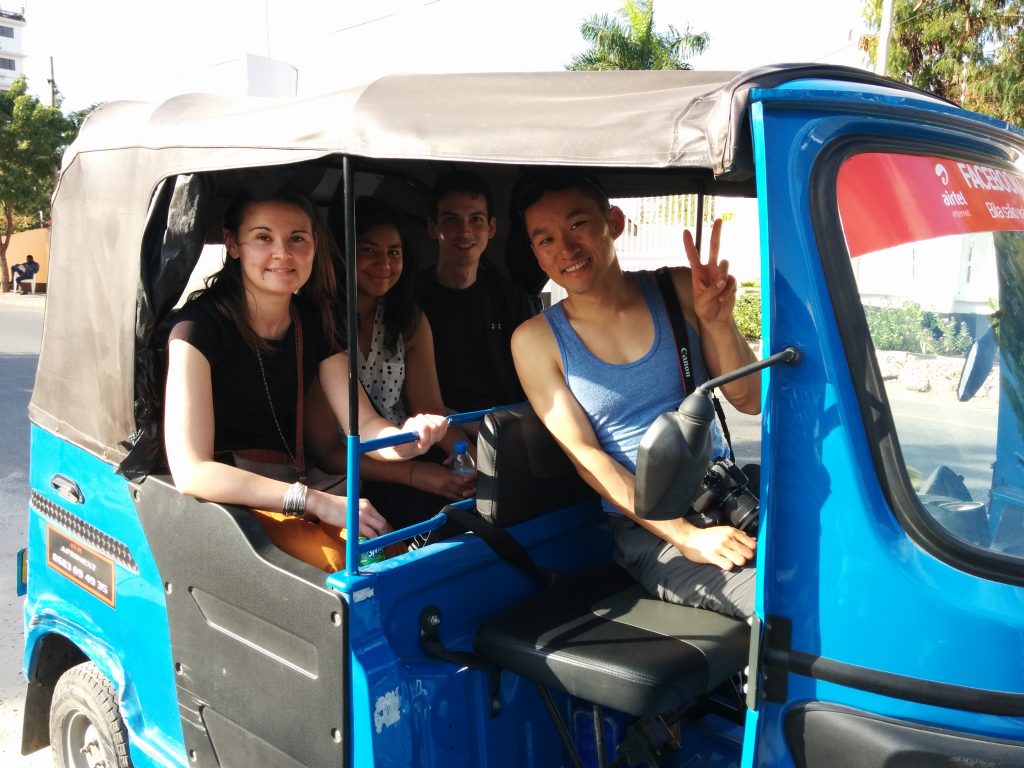