It’s rare we’re confronted with life or death decisions that come down to money, but these sorts of heartbreaking choices happen everyday at the Amana Regional Hospital in Dar Es Salaam. 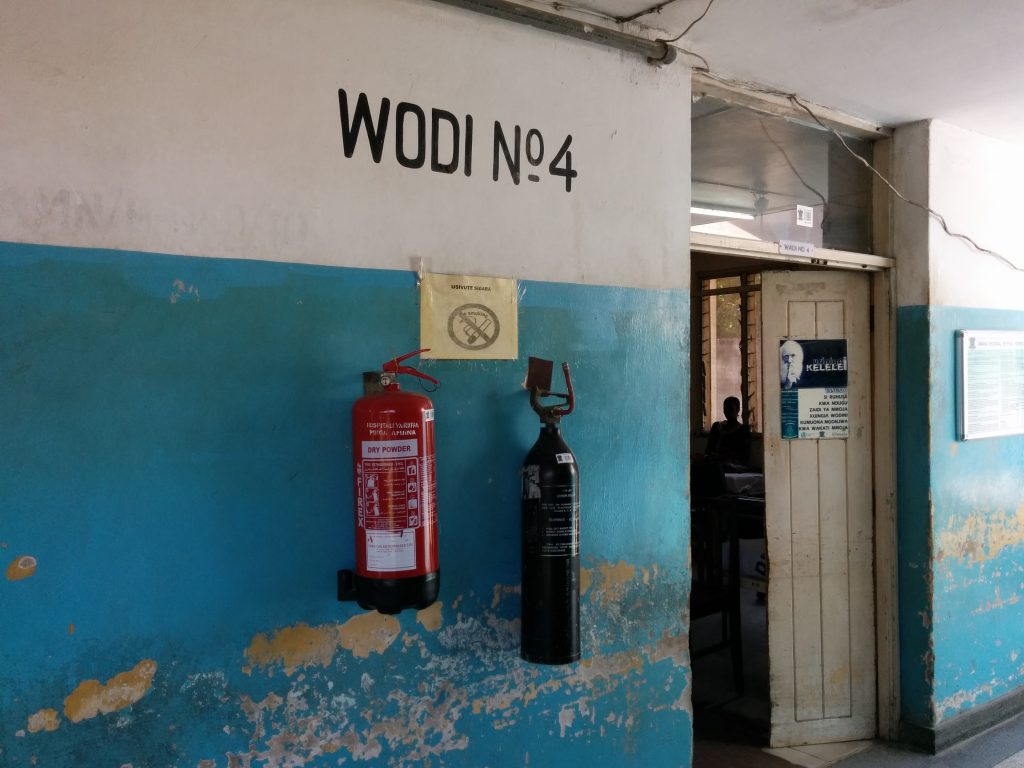 Martha (probably not her real name) is a 43-year-old HIV-positive woman who was admitted to Amana Hospital this morning with severe shortness of breath. Her gums and mouth were ringed with the white plaques of oral candidiasis – an opportunistic yeast infection that affects people with HIV/AIDS.

Martha was moaning and gripping to whatever she could – the bed frame, the doctor’s arm – to try and breathe. Her eyes were filled with panic. Her oxygen saturation was only 60% while on a nasal-prong ventilator with 6 liters of oxygen per minute – a sign that her lungs were seriously compromised. The culprit here is pneumocystis pneumonia (PCP), a hallmark opportunistic infection of AIDS – at least we think it is… in Tanzania, most patients can’t afford the comprehensive blood cultures and diagnostic imaging for a more affirmative diagnosis. Doctors mostly diagnose purely based on history, physical exam, and intuition.

Although HIV medications are free in Tanzania, patients often don’t take their medications every day like they’re supposed to. This is probably due to a serious lack of education – patients who feel well may think they don’t need to keep taking their drugs, even though the drugs are keeping their HIV at bay.

I stood there helplessly watching Martha trying to breath, along with six doctors on the internal medicine ward on their morning rounds. 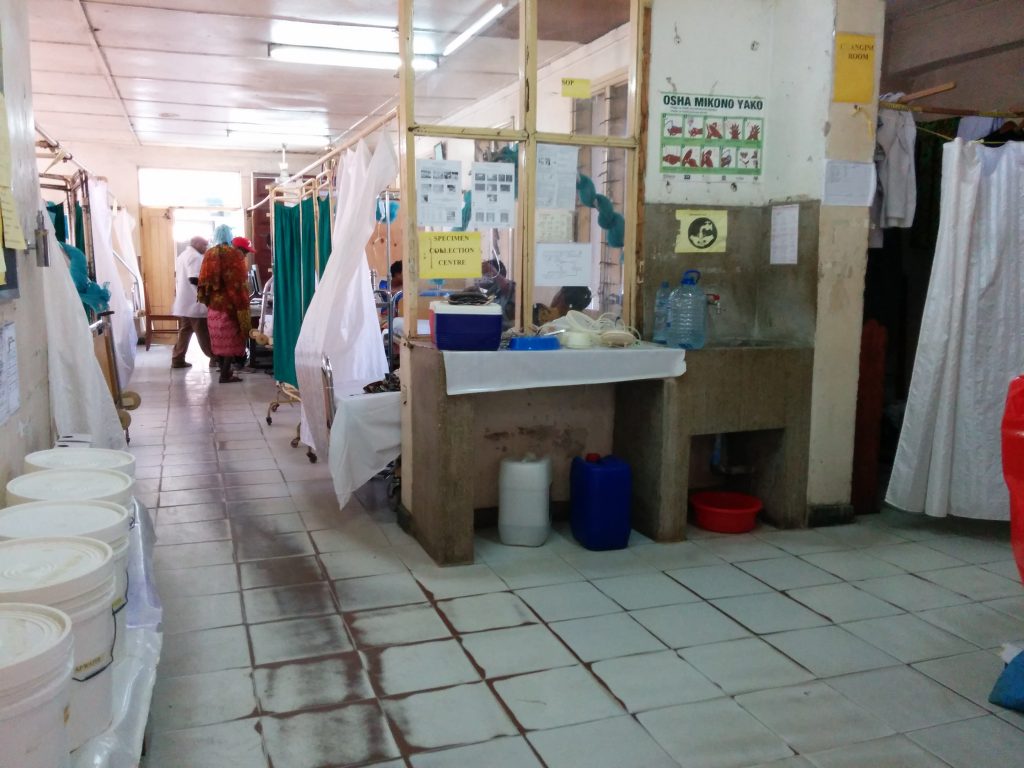 “Can you give her a mask instead of nasal prongs?” I asked. Oxygen masks can deliver more oxygen per minute than nasal prongs.

“We don’t have any available,” came the very matter-of-fact answer from Dr. Janet, the head of the internal medicine ward. In Canada we’d ask for a mask and one would appear right away. But here, masks, and the pure oxygen that flows through them – are expensive goods. Oxygen at 6 liters per minute (a relatively low rate of flow) already isn’t cheap.

After reviewing Martha’s file, we learned that she was diagnosed late with HIV – she was already in stage 4 and the HIV had caused serious immune compromise – what’s commonly known as AIDS. Although anti-retroviral drugs are usually quite effective in controlling HIV infection, if a patient with stage 4 HIV doesn’t adhere to their drugs or has a drug-resistant strain of HIV, their AIDS, and accompanying opportunistic infections, can rebound within weeks.

Martha was already on second-line HIV drugs, which means the first-line drugs weren’t able to control her infection. Dr. Janet was suspicious as to whether Martha might have failed to take her drugs regularly, as HIV resistance to both lines of therapy is rare.

Martha’s treatment plan included the antibiotic Septra (trimethoprim and sulfamethoxazole), which helps fight the fungal infection that’s causing her PCP pneumonia. Septra tablets are cheap, but intravenous (IV) Septra, which is what Martha needs at this point to control the rapidly developing infection, is expensive. Although Martha can afford the tablets, they likely won’t be metabolized by her body fast enough to control her infection, according to Dr. Janet. Without the IV Septra, Dr. Janet doesn’t expect Martha to survive more than one day, given her severely compromised lung function.

“How much would IV Septra treatment cost?”

“At this point, the only hope she has is that her relatives come to the hospital with the money.”

“Can the government help her?” I asked, perhaps somewhat naively.

“We don’t have enough money for even basic supplies – oxygen monitors, masks and gloves. How can we justify spending $500 treating one person with PCP?”

Dr. Janet recounted how a similar patient several months ago with PCP pneumonia came to Amana Hospital for treatment. The difference was that this other patient was more affluent, could afford a private room in the ward (~US$25 a day), and paid for the IV Septra treatment. She made a full recovery in three days.

It was hard standing there, seeing Martha moaning, knowing that $500 might save her life, or at least give her a fighting chance. I wanted to go to the ATM and pull out a million shillings so that Martha could have her IV Septra. But I couldn’t do that for more than one or two patients before I went broke myself. When I really thought about it, $500 could maybe save more than one life, if it was spent on something like HIV education.

We asked Dr. Janet if she liked being a doctor. She did, but she didn’t enjoy how helpless she often felt, working a system that’s resource-constrained, with patients who can’t afford basic tests. Patients often die, and with no funding to do autopsies, no one knows for sure what the true diagnosis was.

By late morning, the doctors had finished their rounding. We’d seen several patients with HIV, anemia, meningitis and other infections. But Martha still haunts me. We spent part of the afternoon observing in the OB/GYN ward – a busy part of Amana Hospital, where anywhere from 60 to 100 babies are delivered every day.

When it was time to leave the hospital, I ducked back into the medicine ward to check on Martha. She was lying on her side, still moaning, but more still than before. Would she still be alive in the morning? I don’t know. But for the doctors and other patients in the ward, life goes on. 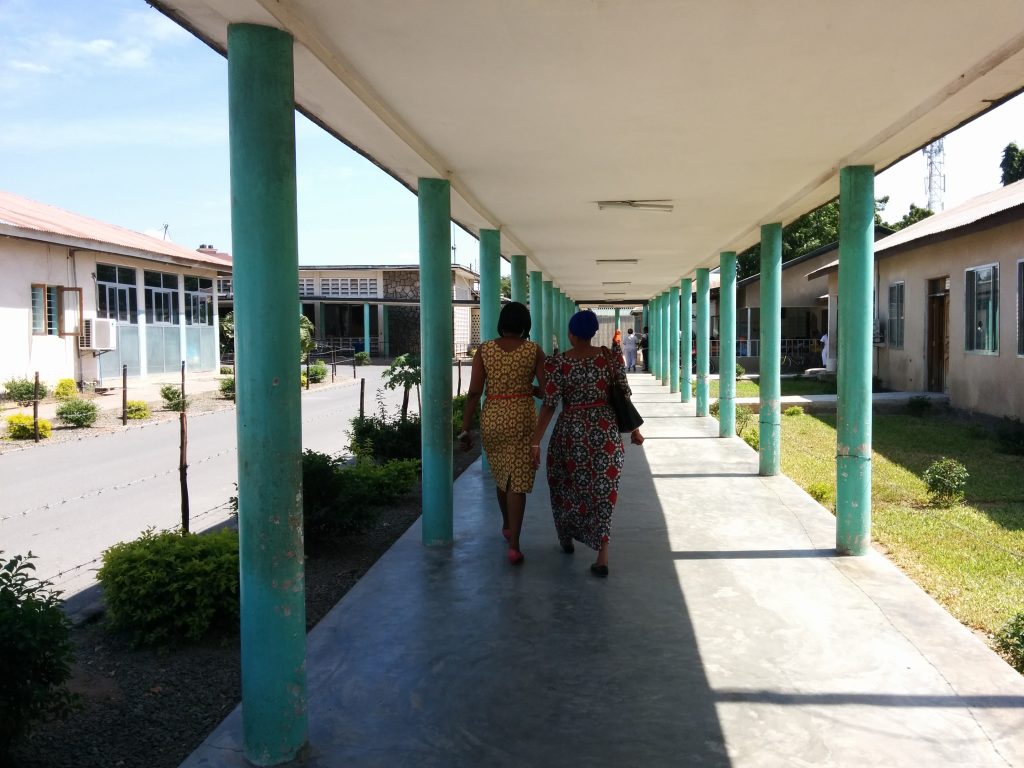