Asthma and COPD at the Amana Regional Hospital

Dane and I started the day at the diabetes/hypertension clinic. The doctor on duty told us that Wednesdays were reserved for asthma/COPD patients – there was only one patient today, though we were welcome to see her. 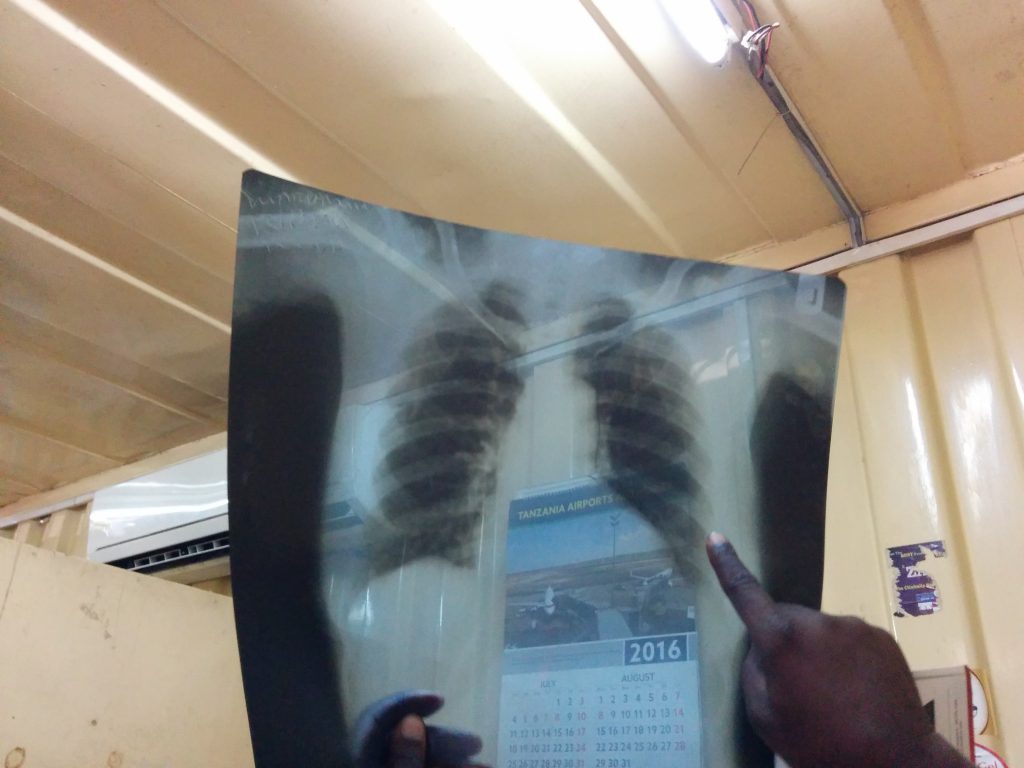 Our patient today was an elderly woman with COPD and possibly asthma. She brought in her X-ray, printed on film. We listened to her chest through our stethoscopes and heard wheezing and crackles. Her blood pressure was high at 150/90 on the second reading (even higher on the first), so the doctor prescribed her medications to control her:

The question is whether she can afford these medications. Our doctor didn’t think she was likely to be to afford and/or adhere to this regimen, so he fully expected her to return for her next visit in four weeks with the same issues and no improvement.

“That’s medicine in Africa,” he said.

The Amana Regional Hospital has a small psychiatry outpatient clinic staffed by two psychiatric nurses. Among government hospitals, only Muhimbili, the national hospital, has psychiatrists on duty.

A few fascinating tidbits about mental health care in Tanzania: mental health consultations are free, as are drugs for chronic mental illnesses such as bipolar and schizophrenia. The psychiatric nurse dispensed small amounts of drugs for patients in plastic bags during their consultations. 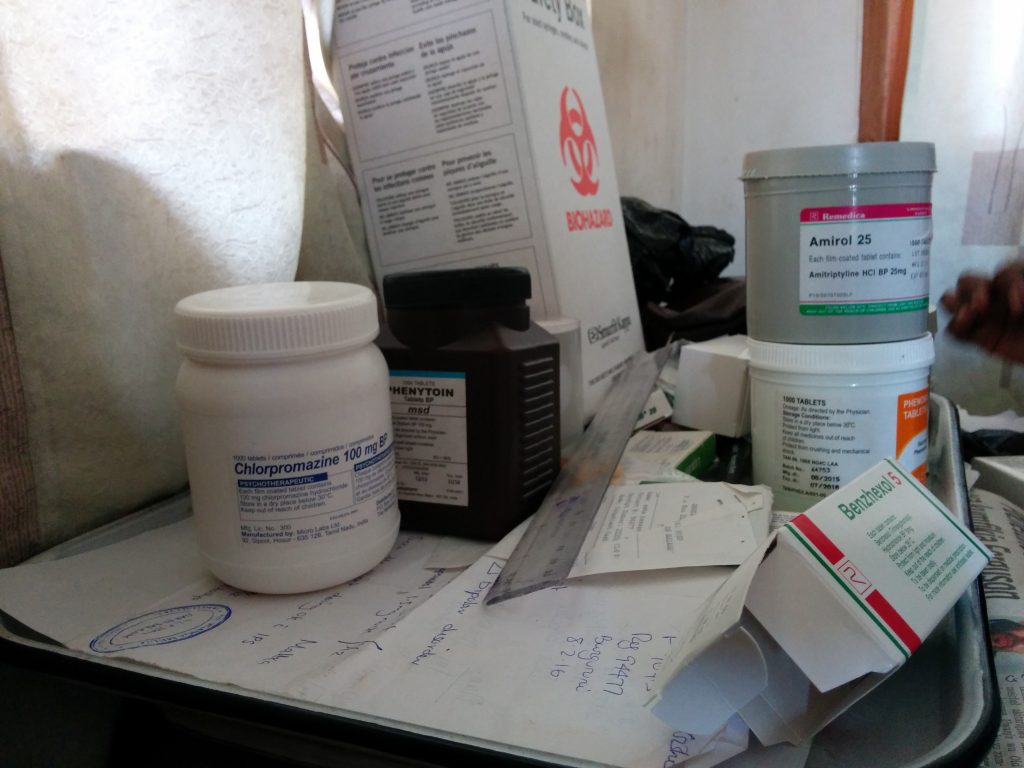 The problem is that these drugs are often in short supply, and when they run out, patients have to buy their own drugs, even ones that are supposed to be free. How patients with serious mental illnesses are supposed to have their shit together enough to chase down their drugs, I’m not sure. But them’s the breaks in this country.

As with all departments in the hospital, there’s a top-10 list of the most common illnesses seen in the department. 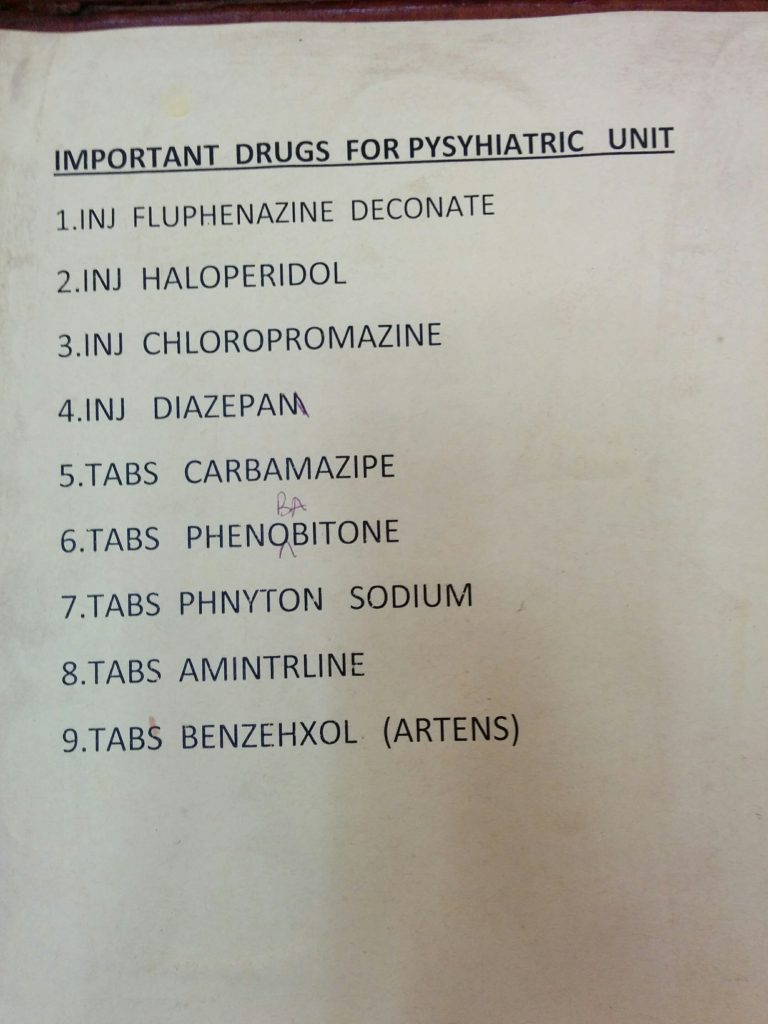 Compared to the US and Canada, psychiatric care seemed rudimentary in Tanzania. For one thing, the nurses said they rarely see or treat cases of depression – living conditions are so difficult for most people in Tanzania, they hardly have time to be depressed, one of them tells me.

The psychiatric care was also quite formulaic. If you had a certain symptom, you got one of the top-9 drugs to go with it. Psychotic episodes? You’ll get haloperidol, and chlorpromazine if it’s still not controlled, and maybe some amitryptiline thrown in for a mood elevator., For epilepsy in children, it’s phenobarbitone.

The nurses could do their jobs in their sleep. Symptom X gets drug Y, with some Valium (diazepam) thrown in if the patient is aggressive.

The psychiatric clinic was challenging for me as someone who doesn’t speak Swahili, since psychiatry is all about history. For most patients, I’d let the nurses do their interviewing, then elicit the diagnosis by observing which drugs the nurse wrote on the prescription. One patient who could speak English asked us a lot of questions about Canada, and even proposed that the nurse marry him.

Relative to the rest of the hospital, the psychiatric clinic was an airy oasis of calm and cleanliness. The whole job can be done while sitting in a cool room, which can’t be said for internal medicine or OBGYN. I’d stay there longer if I could understand everything that was going on.

How and why I paid an Uber driver’s fine

Tanzania is a chaotic country when it comes to the roads – no one seems to care about the law. People routinely swerve onto the wrong side of the road to get ahead of stopped cars. Larger vehicles have priority over smaller ones, and if you’re crossing the street on foot, you’re at the bottom of the totem pole and better yield to anything from motorcycles to buses.

In Dar Es Salaam, some large intersections are manned by traffic police, who direct traffic and occasionally, mercilessly enforce traffic laws. In the past week we’ve made several trips to Amana Hospital and every driver has been guilty of doing the same thing, but today our unlucky Uber driver was pulled over and slapped with a fine of 30,000 shillings (~US$14).

His crime? Trying to travel straight through a junction from a right turn lane, although said lane isn’t clearly marked. When the police officer gave the signal for us to turn right, our driver instead pulled to the left, to get out of the way of cars behind us wanting to turn right. For that, he was directed by the policeman to pull over to the side of the junction. 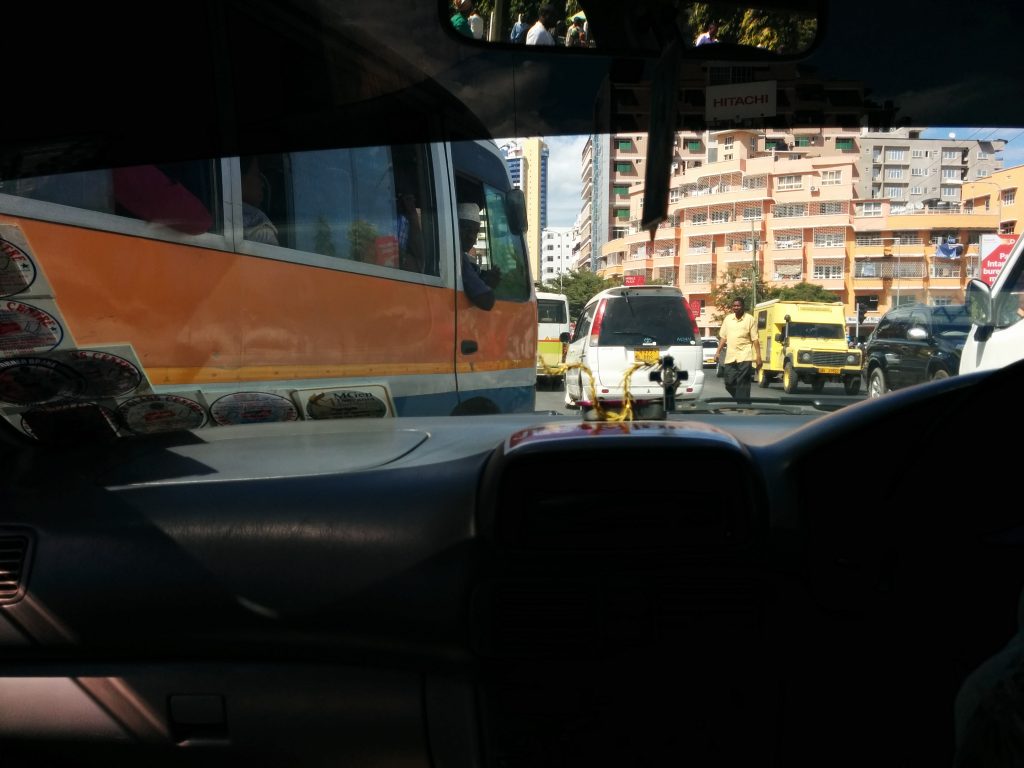 Chaotic Dar Es Salaam Traffic – Could you tell that the right lane was only for right turns?

The car was soon surrounded by several police who photographed the car and typed in details to some kind of machine with a transmitting antenna. Our driver begged the police not to issue him a ticket, who weren’t showing any clemency.

About five minutes later, our driver got back in the car, a machine-printed ticket in hand for 30,000 shillings. I asked what the fine was for; he handed me the ticket. The infraction: “Obstructing another vehicle.” Our driver was visibly shaken and angry.

As we approached the hospital several minutes later, I pulled out 30,000 shillings and handed them to him along with the ticket.

I don’t know exactly what drove me to give our Uber driver the money to pay his fine. My reasoning now is that Uber drivers in Dar Es Salaam aren’t exactly rich. The Uber fares here are barely 1/3 what normal taxis charge, and Uber surely takes a cut of that. The 3.3 km (2 mile) drive from our motel to Amana Hospital costs about 5,000 shillings (~US$2.40) using Uber and takes about 25 minutes. Drivers tell me they accept those low fares because it results in steady business, whereas taxis typically wait around for long periods between rides. At the same time, given that fuel is about the same price as in Canada, the margins for drivers are slim.

Tanzania has little social welfare – if you can’t afford your hospital bills, your family has to pay, or you don’t get treatment. It’s fair to assume that our Uber driver today has others to take care of besides himself.