Today began as a relatively uneventful but educational day in the diabetes/hypertension clinic. We were assigned to work with Dr. David, an intern (first year resident) who was on his first day of his rotation in the diabetes clinic. 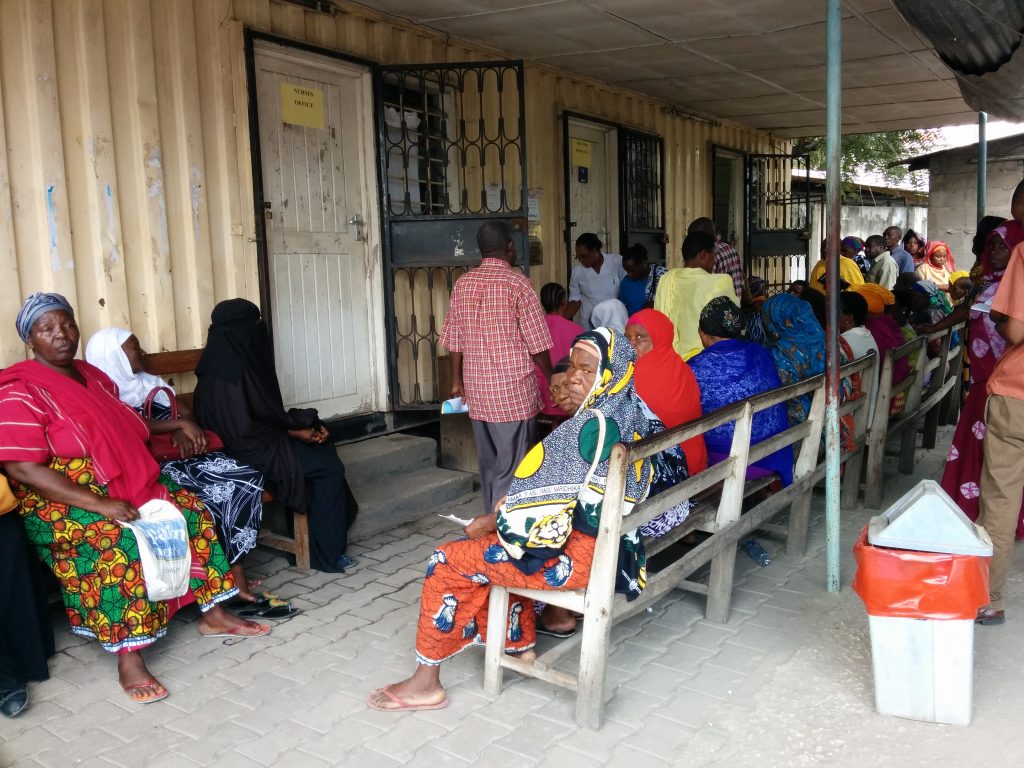 The senior doctor, Dr. Chris, who would ordinarily be holding the fort, was needed on a “special assignment” elsewhere so he gave me, Dane and Dr. David a 15 minute crash course in treatment and management of diabetes before disappearing. For the rest of the morning, patients streamed in one after the other, each with a receipt for payment of the 10,000 shilling (~US$5) consultation fee. 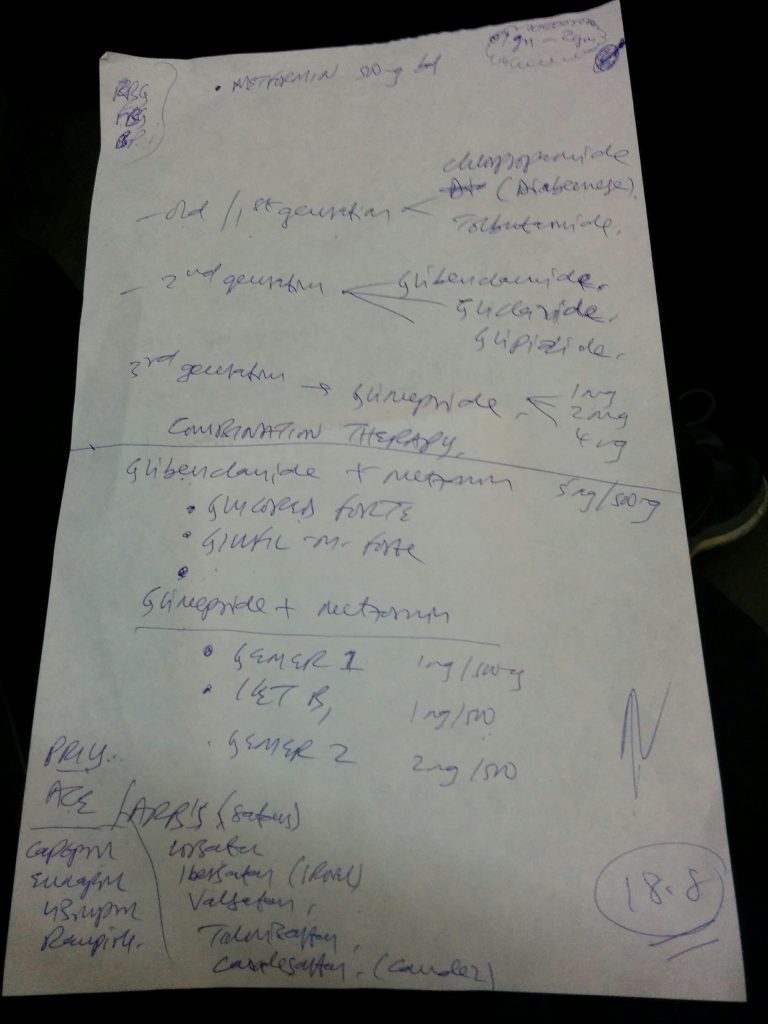 At least on paper, diabetes management is similar in Tanzania as it would be in the US and Canada, but with some glaring differences. In short, patients at government hospitals won’t get any expensive treatments in Tanzania. A fundoscopy (eye exam) to check for diabetic retinopathy? Forget it, there simply isn’t the time or equipment.

Patients walked in with blood sugars so high they’d make a Canadian doctor’s heart stop. Such patients might have their medications adjusted before being sent on their way. In general, patients whose blood sugar can’t be controlled with drugs alone should be put on insulin. But insulin is expensive and requires daily monitoring of blood glucose using supplies that would consume a significant part of the average Tanzanian’s income. Thus, virtually no one at this government-run clinic is on insulin. [I’ve since been given contradicting information that insulin is supposed to be free at the national Muhimbili Hospital, and glucose test strips cost only 10,000 shillings (~US$5) for per month. But there’s nonetheless a stigma to taking regular insulin injections.]

One older woman came in complaining of numbness in her lower legs and feet consistent with diabetic neuropathy, a long-term complication of diabetes that involves damage to nerves. She wasn’t on insulin, and Dr. David didn’t recommend that she start – her existing medications were already stretching her budget. Instead, he prescribed her a B-vitamin complex, which can help slow down the damage from diabetic neuropathy, but her disease will continue to progress unless she could achieve better blood sugar control.

Down the road, this patient might end up with diabetic foot, requiring an amputation. She could also eventually lose her vision to diabetic retinopathy, as did another elderly woman in the clinic that morning. 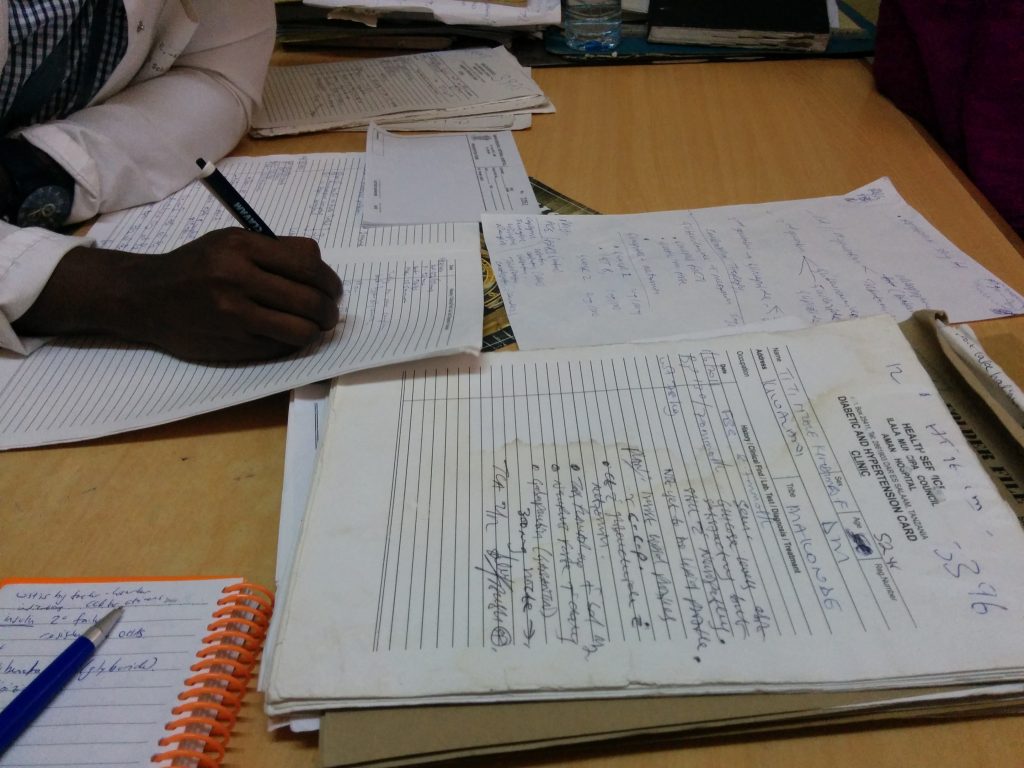 It wasn’t unusual to see patients with fasting blood sugars well above 11 mmol/L (200 mg/dL), but Dr. David said that many patients don’t follow instructions to fast in the morning before the clinic’s nurses measure their sugar. It’s also common to have patients fail to take their diabetic medications and then lie about it, because there’s a stigma to having diabetes and needing to take drugs for the rest of their lives.

Heartbreak in the Medicine Ward

You may have heard of necrotizing fasciitis before, better known as “flesh-eating disease.” Deep tissues get infected by bacteria, killing them, leaving entire areas of the body denuded of soft tissue.

Necrotizing fasciitis is rare in healthy people, but not entirely uncommon in people with HIV who aren’t treated properly. Sometimes a relatively benign wound can be infected with the bacteria that causes necrotizing fasciitis, eventually developing into a full blown case, especially in immune compromised people.

I was heartbroken to see this woman today in the medicine ward at Amana Regional Hospital. 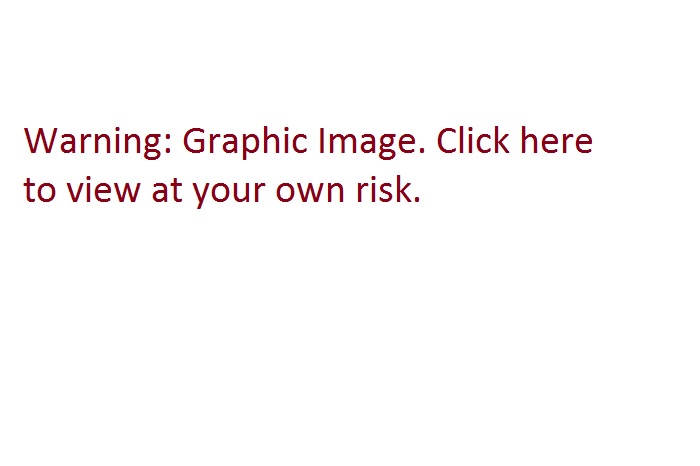 Necrotizing Fasciitis – View At Your Own Risk

Though it’s not entirely clear how this happened to her, a number factors are clearly making it worse. Dead tissue should be debrided (removed) in a sterile environment. But doctors in the medicine ward are debriding this woman’s warm in her bed in the middle of the ward where flies roam freely, and within several feet of a dozen other patients, some of whom might have tuberculosis and other transmittable infections.

She should be receiving copious amounts of intravenous fluid to keep her tissues well-perfused, but none was in sight. Nor did she appear to be receiving any intravenous antibiotics, which are critical to her treatment. But as I learned the other day, intravenous antibiotics are very expensive in Tanzania. [Apparently only IV Septra is expensive because its use is rare and no generic version is made in India. Other generic IV antibiotics like metronidazole, ceftriaxone and penicillin, which would be used to treat necrotizing fasciitis, are ridiculously cheap.]

This woman is HIV positive, and it’s not clear whether she’s been taking HIV medications and what other opportunistic infections she may suffer from. I’m in no position to prognosticate, but I would be surprised if she outlived my two-week rotation at Amana Regional Hospital.

Since publishing this post, I discussed this case with my teacher, whom I meet with every evening. He believes that proper treatment of necrotizing fasciitis would involve surgical debridement of the tissue in a plastic surgery theater, followed by skin grafts when the wound has healed. But given the poor conditions of this patient’s ward and lack of proper care for her complex conditions, she is likely to die.