My trip from Calgary to Dar Es Salaam involved flying on Etihad First Class Apartments between New York JFK and Abu Dhabi, and on Etihad Business Class between Abu Dhabi and Muscat, Oman.

I had an amazing flight on the Etihad A380 Apartments from New York to Abu Dhabi, despite a 7-hour delay that caused me to miss my flight from Abu Dhabi to Muscat.

Upon arriving in Muscat, I went to the baggage carousel after passing the immigration desk. I waited and waited for my bags along with some other Westerners on the flight. After about 45 minutes, an airport rep came by to say that none of our bags had made it onto the plane from Abu Dhabi and that we’d have to file lost baggage claims. The bags would be delivered on future flights from Abu Dhabi, but only in batches, as there were 91 bags in total missing and they couldn’t fit them all on a single flight.

My heart sank into my pelvis as I worried if I’d ever see my bag again. I was flying from Muscat to Dar Es Salaam the next afternoon on Oman Air, so had very little time to get my bag back. I had no choice but to register the loss of my bag with the baggage services desk, and picked up my rental car to drive to my hotel.

Luckily for me, I was also traveling with two carry-on bags with all my clean underwear, socks, toiletries and medications. But without my checked bag, I wouldn’t have the long pants, dress shirts, lab coats and other supplies I needed for my medical elective in Tanzania.

I made the most of my short stopover in Muscat, although in hindsight I wish I’d gone clothes shopping for my elective. By the time I arrive in Tanzania it will be 7pm on Sunday night, and I’m supposed to be in the hospital ready to learn and work on Monday morning.

Although most people who visit Muscat visit the famous mosque and market, I took a friend’s advice and visited the petroleum and energy museum, which was fascinating. Oman depends mainly on petroleum exports for its wealth, and they did a great job of showing, in the form of interactive exhibits, how this resource is discovered, extracted and processed. 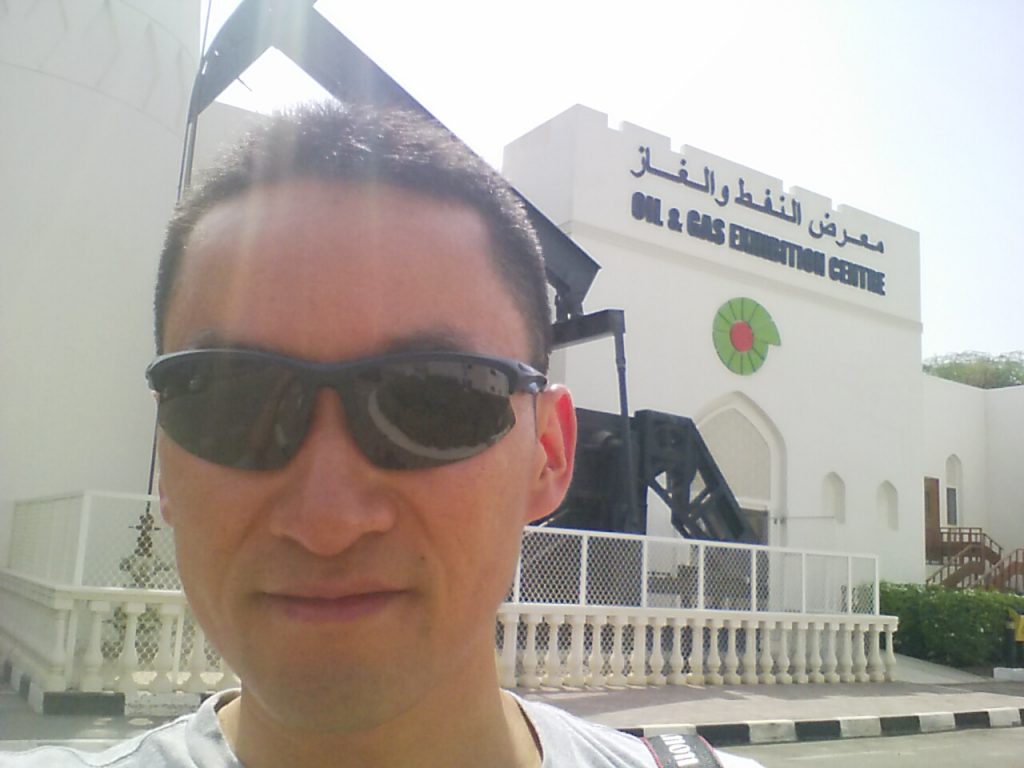 I returned to Muscat airport by noon on Sunday, hoping to find my bag. To my delight, the baggage services desk told me that a batch of luggage had arrived from Abu Dhabi and I was welcome to look for mine. But as I starting rifling through the maze of suitcases it soon became clear that mine wasn’t among them.

More suitcases would arrive on flights from Abu Dhabi that day, but the next flight wouldn’t arrive before my flight for Dar Es Salaam departed.

I’m praying to be reunited with my bag in the next day or two. So far, it’s been a very mixed trip. I loved my flight on Etihad apartments, one of the most memorable flights of my life, but I’m appalled that they’d be negligent enough to let my flight to Muscat depart without anyone’s bags on board.

Thus far, the Etihad Twitter team has only sent generic canned responses that their baggage team is “working hard” on my issue. I’m sure they are, but this should never have happened in the first place. I was only the ground for over three hours in Abu Dhabi, and they even delayed the flight to Muscat so they could get “everyone’s bags on board.” Clearly, that was a lie.

The good news is that all four of us on this elective are now safely ensconced in our motel in Dar Es Salaam. Tomorrow, I’ll head to the market and try to get some respectable clothes to wear to the hospital.